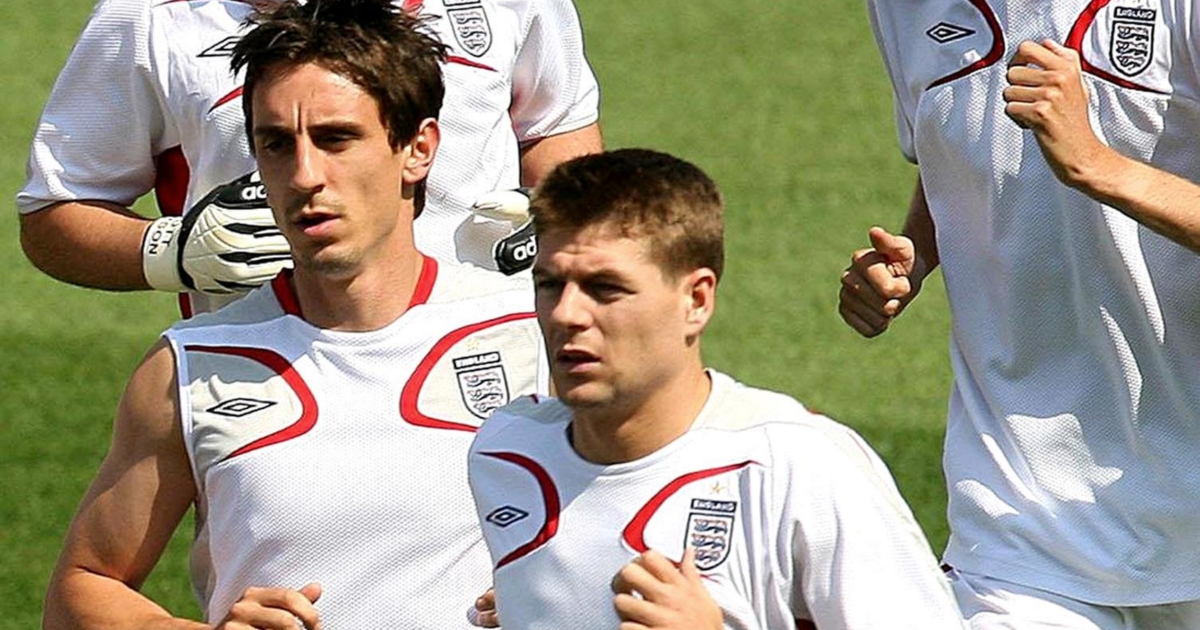 Gary Neville has revealed that he once tried to convince Liverpool legend Steven Gerrard to join Manchester United.

Gerrard attracted interest from numerous clubs during his legendary Liverpool career, with Chelsea and Real Madrid among those who wanted to sign the midfielder.

He was at Anfield for 26 years before joining LA Galaxy at 35 years old, making over 700 appearances for the Reds.

Manchester United legend Neville has opened up on the time he asked Gerrard to ditch Liverpool for their arch-rivals.

He explained how he would use his time away with England as a way to speak to players the Red Devils were interested in signing.

Explaining how he would approach players over an Old Trafford move, Neville told Sky Sports (via Liverpool Echo): “I think it would be something casual. It wouldn’t be like ‘Go and poach him’ or anything like that. But, you know, have a chat and see what his plans are.

“Where does he like to eat? That type of thing. Have a conversation.

“There were two or three times it happened with England with me, where I spoke to Alan Shearer during Euro 96, you know, I had a conversation with him.

“I was more junior at that time so I couldn’t have a serious conversation with him. Definitely with Wayne Rooney, we had a little chat. But he was a younger player, so you can’t put too much pressure on.”

“To be fair, Stevie’s answer, he said: ‘My family and I would never be able to go back to Liverpool ever again’.

“It was a very short conversation. He was very loyal, Liverpool fans. John Terry probably got about ten minutes out of him and I got about 30 seconds.”