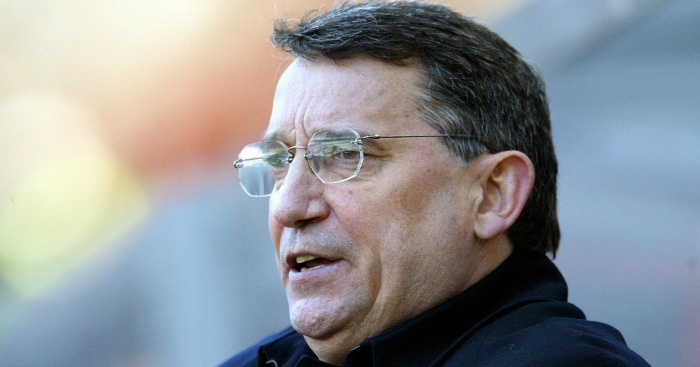 Former England boss Graham Taylor was warned about possible sexual abuse of young players during his time as Aston Villa manager but suggested it should be swept “underneath the carpet”, a victim has said.

It was claimed by the BBC in January that while Villa sacked scout Ted Langford after learning of sexual abuse allegations against him, they did not alert police.

Langford later admitted sex offences dating from 1976 until he left Villa in 1989 after a two-year spell with the club. He was jailed for three years in 2007 for offences against young footballers and died in 2012.

In an interview with the BBC’s Victoria Derbyshire show, former Leicester player Tony Brien said that as a teenager he contacted Villa with information about Langford.

But he said Taylor then told him: “Look, you’re a young lad starting out in the game. I know you’ve just made your debut (for Leicester). Could you really be dealing with all the obscenities from the terraces? So I just suggest you sweep it underneath the carpet.”

Brien was upset by Taylor’s comments, and said of the experience: “I went into the kitchen where my mother was still doing the washing-up and she said, ‘Well?’. And I just told her, ‘They told me to sweep it underneath the carpet’, and I broke down in tears.

“I knew I couldn’t live with it for the rest of my life so I went to adults who I trusted, who I thought would do something about it. But that was their reaction to me.”

Brien has claimed he made several attempts to warn Villa’s then assistant manager Dave Richardson about Langford.

Richardson has strongly denied he advised Brien not to go public, and in January he said in a statement from law firm Slater and Gordon: “I cannot recall ever having a conversation with him about any allegations of abuse.”

According to the BBC, Brien told the independent inquiry into football’s sexual abuse scandal that Villa “discouraged me from going forward and never offered me a chance to go to the police or anything like that”.

Taylor died in January this year aged 72. He was manager at Villa from 1987 to 1990, when he left to take charge of the England team.

Former defender Brien, who waived his right to anonymity to speak about his ordeal, reportedly told Villa in the 1987-88 season that he knew from personal experience that boys were at risk.

He said that from the ages of 12 to 14 he suffered abuse while playing for Dunlop Terriers, the club managed by Langford who were a feeder side for Leicester and later Villa.

According to the Guardian, the independent inquiry is also looking at a separate allegation that another of Langford’s victims came forward with information and that he too was discouraged by Taylor from pursuing the matter.

The newspaper said that victim was visited at home by Taylor and another member of Villa’s staff.

When giving evidence to the inquiry last month, Brien reportedly said he made his concerns known about Langford at the age of 18, when Richardson left Leicester for Villa and scout Langford went with him.

Press Association Sport has attempted to contact Villa regarding the claims but the club did not immediately respond.

A statement from Villa to the Guardian read: “The club has co-operated fully with the ongoing Football Association investigation and takes the safeguarding and welfare of all players and staff very seriously and considers it to be of paramount importance.

“The club now has robust safeguarding polices and procedures in place to deal with any new and historic complaints raised.”

Leicester referred back to a statement, first issued in January, which read: “We have no indication of any current or historic allegations made against or in relation to employees of Leicester City Football Club.

“We would, of course, investigate fully in the event any further information comes to light.”