Home All The News Vidic compares goal-shy Mkhitaryan to Berbatov 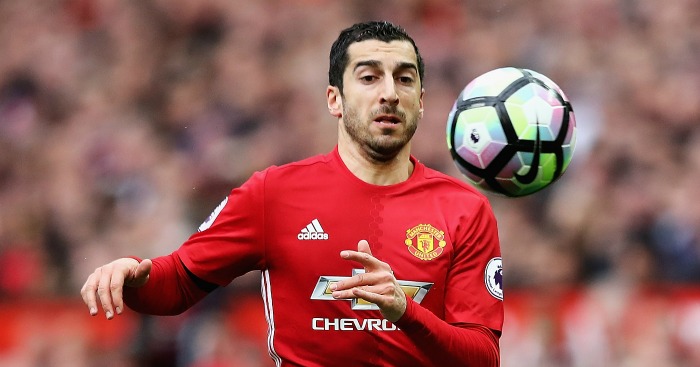 Nemanja Vidic has likened Henrikh Mkhitaryan to Dimitar Berbatov, stating that the Manchester United winger should be more selfish.

Mkhitaryan has started the season in wonderful form as United’s quietly effective star.

The Armenian already has four assists in two games, but United legend Vidic wants to see more goals from the player who joined last summer.

“[He] is a great player, great on the ball and always a danger to defenders,” Vidic told ESPN FC.

“But the only thing I’d like to see from him is more goals. It seems like he enjoys to create more than score them, which is a nice quality for the team, but I think he should be more selfish and score more himself.

“I remember Dimitar Berbatov when he came to United. He seemed keener to set up a goal rather than score. We wanted him to score goals and the message got through to him and started scoring.”

“Mkhitaryan should be scoring 10-15 league goals each season. United have needed to score them from different positions for a couple of years now.

“The team can’t just rely on the strikers; you need players in midfield and defence scoring. It’s good that [Paul] Pogba is scoring and, while the season is very early, hopefully the team will continue as they have started.”