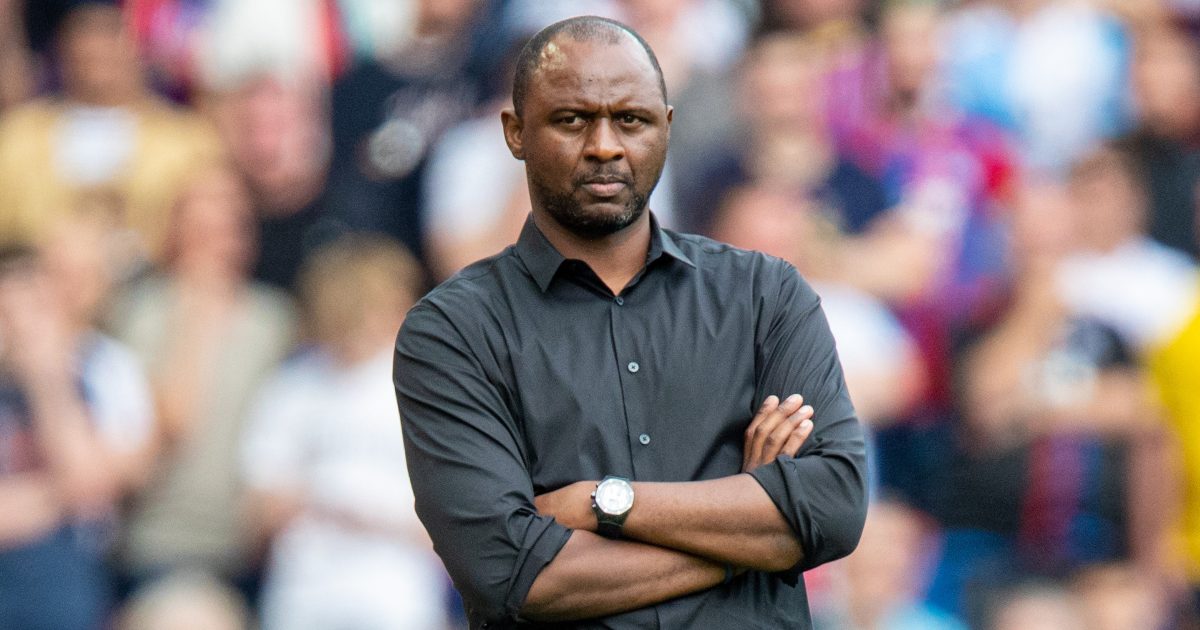 Patrick Vieira has revealed that Odsonne Edouard is “ready to start” for Crystal Palace against Brighton & Hove Albion on Monday night.

The former Celtic striker scored a brace off the bench against Tottenham Hotspur and Vieira has confirmed that he could make his full debut against Brighton.

Alisson clear of Ederson as Vieira shows up ‘small’ Dyche

“Yes I think he has been fit and is ready to start a game. It is just moving to a different country and moving to the Premier League, he needs time to adapt,” Vieira said.

“We will take our time to make him feel comfortable in the club, in the way we want to play but he is physically and mentally ready to start the game.

“I am pleased and happy with him. He came on, scored those two goals and came on against Liverpool and created a couple of situations.

“He is a player who needs to adapt himself to the Premier League and to the club but he is working well. I think he gives me one more option up front about who to select for the game.”

Edouard, who started three games for Celtic in August, moved to England after a successful few years in Scotland.

If selected for his full debut against Brighton, it would mean two ex-France Under-21 internationals will lead the line for the respective teams.

Neal Maupay has already scored three times in the Premier League for the Seagulls this term and is a player Vieira admires but he pointed out the other qualities of Graham Potter’s side.

He added: “Maupay, I believe is a really clinical number nine. He has a lot of energy up front and is a really good finisher but the strength of this team is their collective game.

“When they have the ball, they are really close to each other and their passing, movement, it is really good. We expect obviously a tough, challenging game because they are playing at the moment with a lot of confidence.”

This will be Vieira’s first taste of a grudge match between two clubs which may be separated by more than 40 miles but have been rivals since the 1970s and who have produced several memorable encounters during the ensuing years.

“I am like every single fan, really excited about the game,” the Palace boss admitted.

“The rivalry between the two clubs, the atmosphere will be like always but it will be important for us to concentrate on the way we want to play the game.

“What I want from the players is the same passion, organisation and desire we show in the last couple of games. If we manage to be consistent with those then we will have a good chance to get a good result.”

Jeffrey Schlupp (hamstring) has returned to training and is available again, but Nathan Ferguson and Ebere Eze (both Achilles) remain absent.