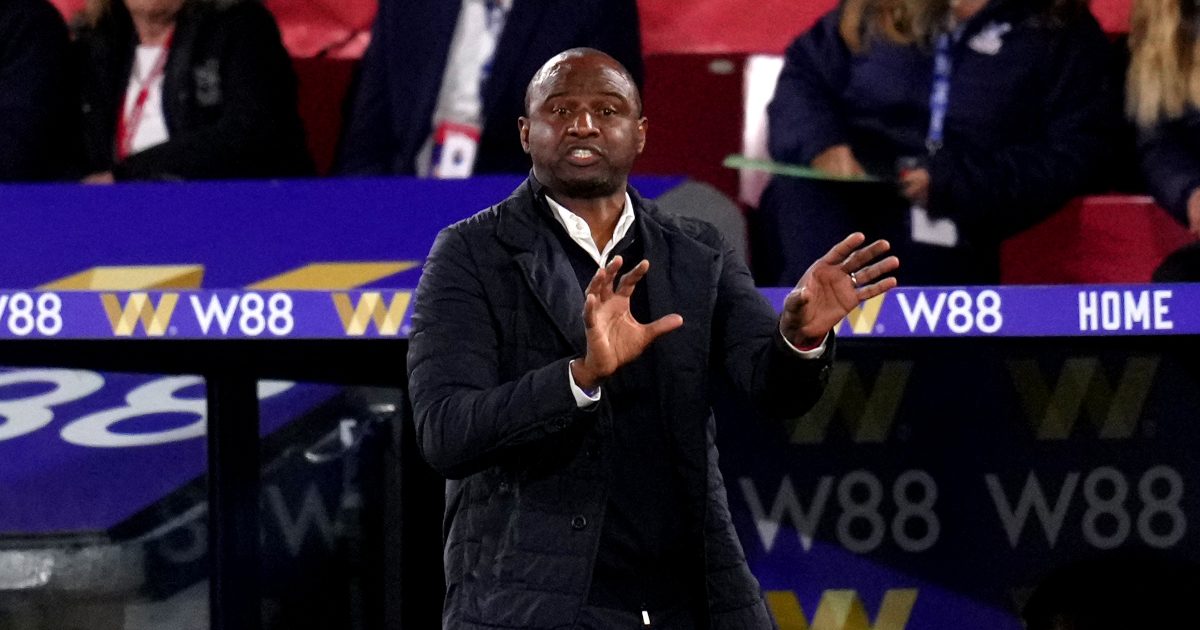 Patrick Vieira insisted that Crystal Palace’s players “are as disappointed” as he is after they conceded late on against Brighton on Monday night.

The Eagles looked set to pick up all three points at Selhurst Park. They took the lead in the first half via a penalty from Wilfried Zaha.

They were awarded the spot-kick as Conor Gallagher was brought down by Leandro Trossard.

Brighton could have gone top of the Premier League with a victory, but they did equalise late on. Neal Maupay got their goal as he chipped Vicente Guaita.

This goal prevented Palace from picking up their second league win of the 2021/22 season. As cited by BBC Sport, Vieira said post-match that Palace “should [have] taken all three points”:

“The players are as disappointed as I am, the fans too. To concede a goal like that with the last kick game is difficult to accept,” Vieira said.

“We have to look at the game and how difficult we made it for them. They’re a good side with a lot of confidence.

“We should take the three points.

“We gave them so many problems. The way they played the last 15 minutes with long balls doesn’t look like them. Not scoring the second goal left the door open. That was an important moment for us.

“It was a tough game. Both teams didn’t create much.

“We are improving. We’re getting stronger. The first few games we played against Chelsea, Liverpool, West Ham, we managed to create chances. We deserve to have more points so far. We’re in a good process.”

Palace midfielder Gallagher also reacted post-match. He said that “everyone is gutted” after the draw:

“It hurts so much – throughout the whole game we played so well, defended brilliantly and worked so hard. It feels like a loss to be honest, we had the three pints there and then a lack of concentration loses us two points. Everyone’s gutted.

“It’s just concentration, a minute left, we’d never blame an individual, it’s a team thing and everyone is gutted. There’s stuff to learn from for sure.

“Unreal – we played brilliantly. Brighton are a good side – they’ve showed that at the start of the season – so the way we performed was great. We showed what we can do. If it wasn’t for that lack of concentration we would be coming back with three points.

“We didn’t want them to dictate and we controlled that well, won the ball high up the pitch, caused them problems but at the end of the day it’s done.”

On Vieira: “He’s brilliant, he’s a great guy, a great manager, I love working with him. Always smiling and happy which makes it comfortable for us players, I’m loving it.”