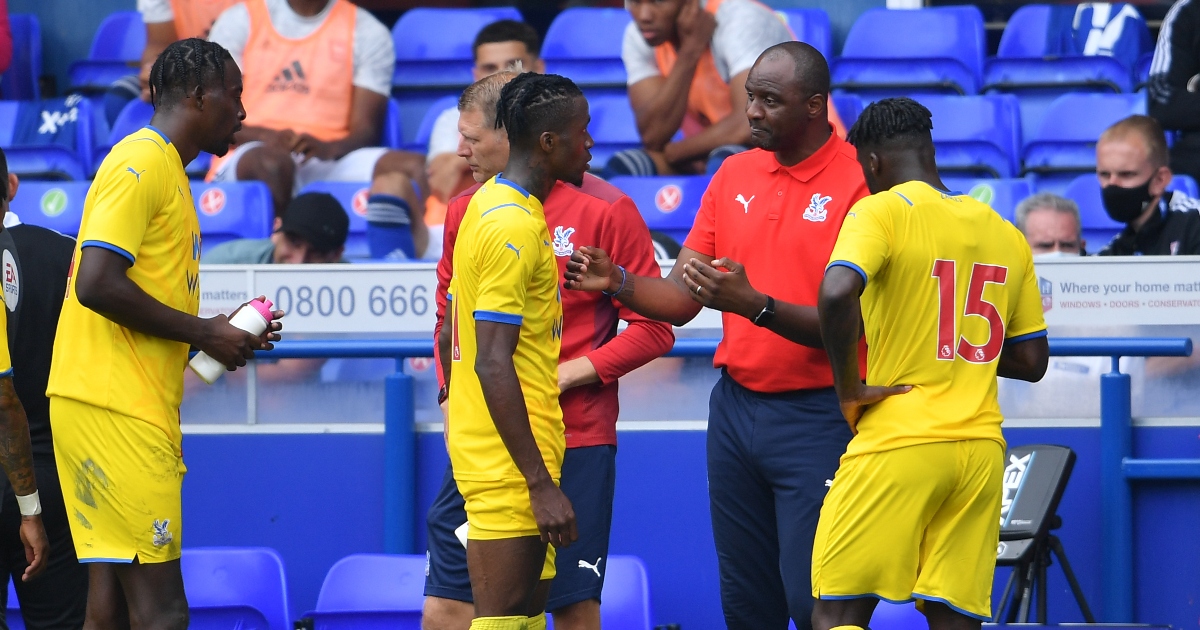 Crystal Palace manager Patrick Vieira has discussed the future of Wilfried Zaha, saying that he is “looking forward” to working with the winger.

Reports earlier this summer had suggested that Zaha wanted to leave Selhurst Park, with Tottenham Hotspur, Arsenal and Everton all interested.

The Ivory Coast international has regularly been linked with a move away from Palace over the last three years.

Zaha came close to joining Everton in 2019. The Toffees offered £70m plus Cenk Tosun and James McCarthy. This was rejected and Everton instead opted to sign Alex Iwobi from Arsenal.

Overall, the 28-year-old has 68 goals and 72 assists from just short of 400 appearances for the Eagles. This includes eleven goals and two assists from 30 Premier League outings in 2020/21.

He has consistently been Palace’s best player since returning to the club in 2015 after only making four appearances for Manchester United during his time at Old Trafford.

Zaha has two years left on his current deal with the Londoners and despite being open to an exit, nothing indicates that he will move on this summer.

When asked about his situation, Vieira said: “I’m aware about Wilfried [Zaha, his situation] in the last couple of years but we had a really good conversation and I’m looking forward to working with him.

“He’s one of the most talented players in this league and we don’t want to lose one of our best players.

“I hope Wilfried will be part of that and I am looking forward to working with him and trying to take Palace as high as we can.”

Vieira is managing in the PL for the first time in his career following spells at OGC Nice and New York City.

It is a big job due to the squad overhaul taking place this summer after numerous first-team players’ contracts expired.

But the Frenchman is asking for patience from Palace fans as the domestic season draws closer:

“We believe we have a good squad but at the same time we have to realise some of the players will need time to express themselves at this level,” said Vieira.

“We can be excited about the young, talented players that we are developing but we need to manage expectations.”