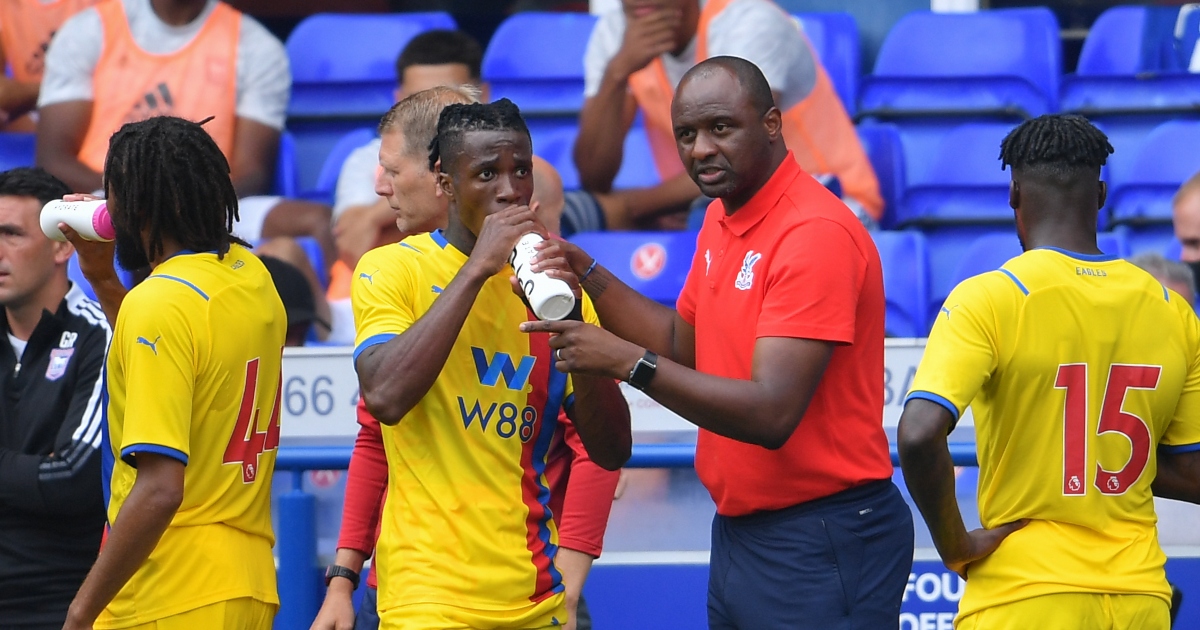 Crystal Palace manager Patrick Vieira has refuted claims that winger Wilfried Zaha is going to retire from international football with the Ivory Coast.

The 28-year-old played for the country of his birth in October but returned to Selhurst Park with an illness and subsequently missed the 2-2 draw with Arsenal.

Ivory Coast face Mozambique and Cameroon in World Cup qualifiers later this month but Zaha could be absent after Patrice Beaumelle, the Elephants manager, told reporters on Thursday the winger “wants to reflect on the rest of his international career” because “he comes home sick after each meeting.”

Ronaldo could bring on Guardiola ‘crisis’ at Old Trafford

But speaking ahead of Saturday’s Premier League match with Wolves, Vieira said: “What I know is Wilfried still wants and hopes to go to internationals.

“He make it clear to myself from talking to him about how much he loves playing for the Ivory Coast national team and about how proud it would be for him to go to the World Cup with Ivory Coast.

“He still wants to be on the international stage so I was quite surprised to see all these comments coming out in the last couple of days.

Marc Guehi and Conor Gallagher are two other Palace players who have been talked about by an international boss this week, with Gareth Southgate honest about how they are among those closest to breaking into his England squad.

The Chelsea youth products, the latter only on loan from the Blues, have settled quickly at Selhurst Park but Vieira is not nervous the praise from the Three Lions manager will go to their head.

He added: “To be honest with those two players, we are not worried at all and I am not worried. They are not just good football professionals but they are good human beings as well.

“They know they didn’t achieve what they want to and there is still a long way to go.

“Even praise from the England manager will not worry me at all because they are still working hard, working well and challenging themselves. This is why I believe they will make it one day in the national team.”

Ebere Eze was also close to being part of Southgate’s squad back in the summer when an Achilles injury in May ruined his hopes.

The Palace playmaker stepped up his rehabilitation this week after he played more than an hour for the Under-23s against Blackburn but he will not be part of the senior squad against Wolves on Saturday.

“He is doing well,” Vieira said. “He played 60 minutes with the Under-23s and is feeling really good, so he is progressing.

“It is still a bit too early (to make the matchday squad). He just played 60 minutes, he needs to play more games and needs to complete 90 minutes before we take him into consideration.”

Eze and Nathan Ferguson (Achilles) are the only two players unavailable for Palace.