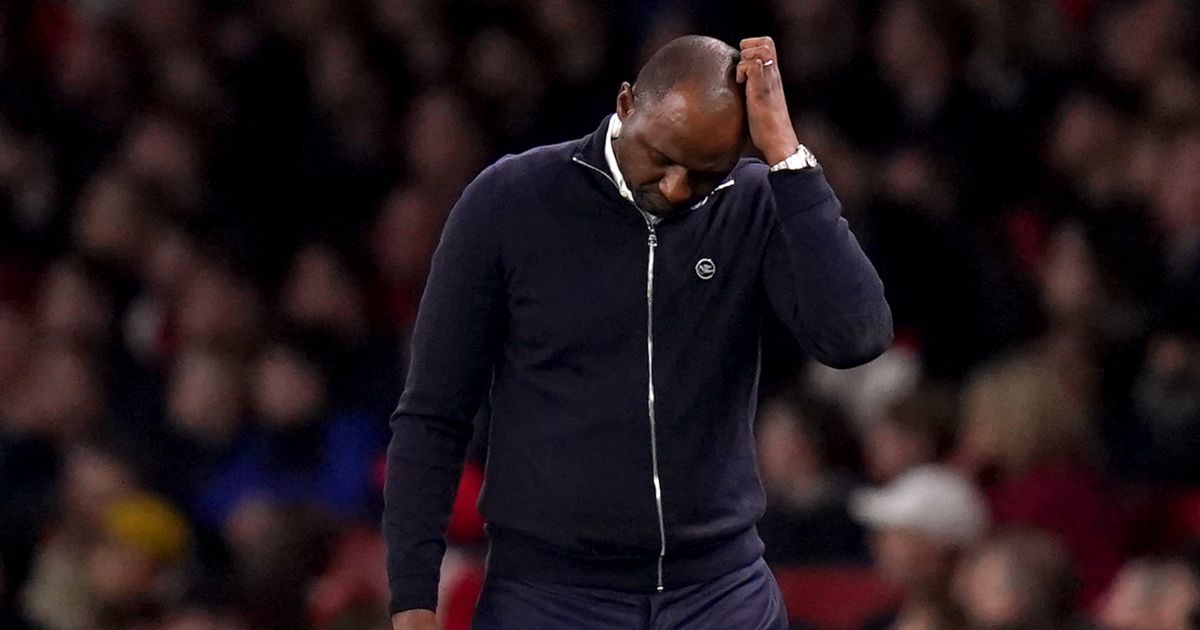 Crystal Palace manager Patrick Vieira is paying little attention to Newcastle’s position in the Premier League and expects the visitors to show their worth to the club’s new owners on Saturday.

The 19th-placed Magpies travel to Selhurst Park this weekend to play their second match since Amanda Staveley’s Saudi-backed consortium completed their takeover of the club.

One of the first decisions made by the new owners was to sack Steve Bruce on Wednesday and, even though they have failed to win after eight league games, Vieira knows Newcastle’s motivation will be high.

He said: “I don’t think there is an easy time to play any team. They will have their problems but at same time when you are in this situation as a player you will want to perform because you want to show you can be part of the new project.

“We will be ready to perform, to work hard and to give ourselves the best shot to take the three points.”

Newcastle, who will be managed by first-team coach Graeme Jones in London, only have three points out of a possible 24 after draws with Southampton, Leeds and Watford.

Palace have eight points to their name and only one victory under new boss Vieira but optimism is rife at Selhurst Park due to several eye-catching performances.

The Eagles have already taken points off West Ham, Leicester and Arsenal this term and yet their 45-year-old boss is determined to quickly add to their solitary triumph over Tottenham.

Vieira added: “I don’t think this is a must-win. The performance we are going to put on the field will tell us if we have a chance of winning the game or not.

“Yes, we played at times some good football but it is important for us to turn those good performances into a win. To do that we have to play even better so that means making less mistakes, taking more of our chances and that will allow us to win games.”

Ebere Eze is still “a couple of weeks away” according to Vieira, despite making good progress from his Achilles injury, while Nathan Ferguson, who has the same issue, has not yet returned to first-team training.

Wilfried Zaha will be available to face Newcastle after he recovered from the illness that sidelined him in Monday’s 2-2 draw with Arsenal.

The Ivory Coast international is one of many Premier League players to have been subjected to racism on social media in recent seasons and ex-Magpies boss Bruce this week revealed the pain suffered by him and his family in the wake of social media abuse.

“I think sometimes it goes over the line and the abuse that Steve received was unacceptable,” Vieira said.

“I think it is unacceptable and we know where we are and we know the importance of managers and the responsibility that we are taking, but I think people are going over the line.”