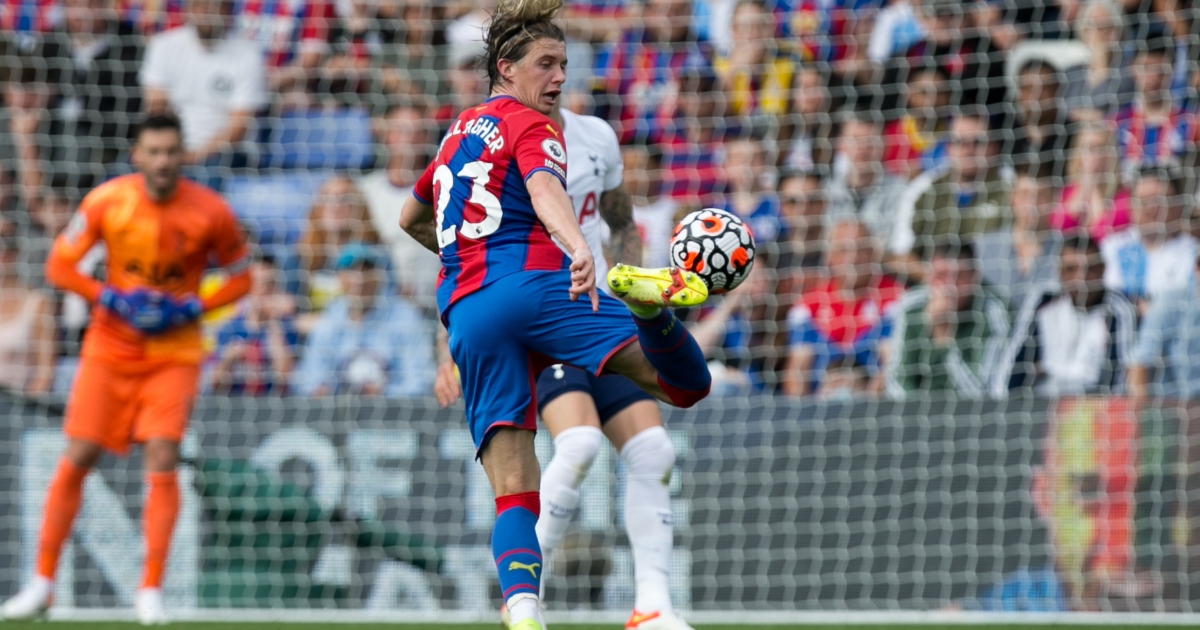 Crystal Palace manager Patrick Vieira has said that an England call-up for on-loan Chelsea midfielder Conor Gallagher would be “too early” for the youngster.

The Selhurst Park club grabbed their first win of the season last weekend against Tottenham, beating their London rivals 3-0.

Gallagher was excellent on the day, following up on his two-goal performance the matchday prior against West Ham.

His stellar start to the season has sparked calls for the 21-year-old to be called up by Gareth Southgate for England.

The youngster spent last term on loan at West Brom where he did well but the Baggies were unfortunately relegated.

And his manager for 2021/22 has addressed the calls for Gallagher to play for the Three Lions.

“This is the biggest problem in our world, when we have one or two performances, we always think that he deserves a national call and I still believe that he needs to be more consistent in his performance,” Vieira told his pre-match press conference on Friday.

“I think he has abilities but I believe, as well, it is too early for the call for him.

“He still has to improve but all the credit to Chelsea because he’s not just a really good footballer, he’s a good human being and he’s a really good person as well.

“How can he repeat these kind of performances that he’s had over the last couple of matches.”

Gallagher has represented England at U17 all the way through to the U21s.

Next up for Palace is Liverpool away on Saturday afternoon.

Reds defender Ibrahima Konate is rumoured to be in line for his first start under Jurgen Klopp.

The Frenchman joined the Merseyside club in May from RB Leipzig and is yet to make his first competitive appearance for the club.