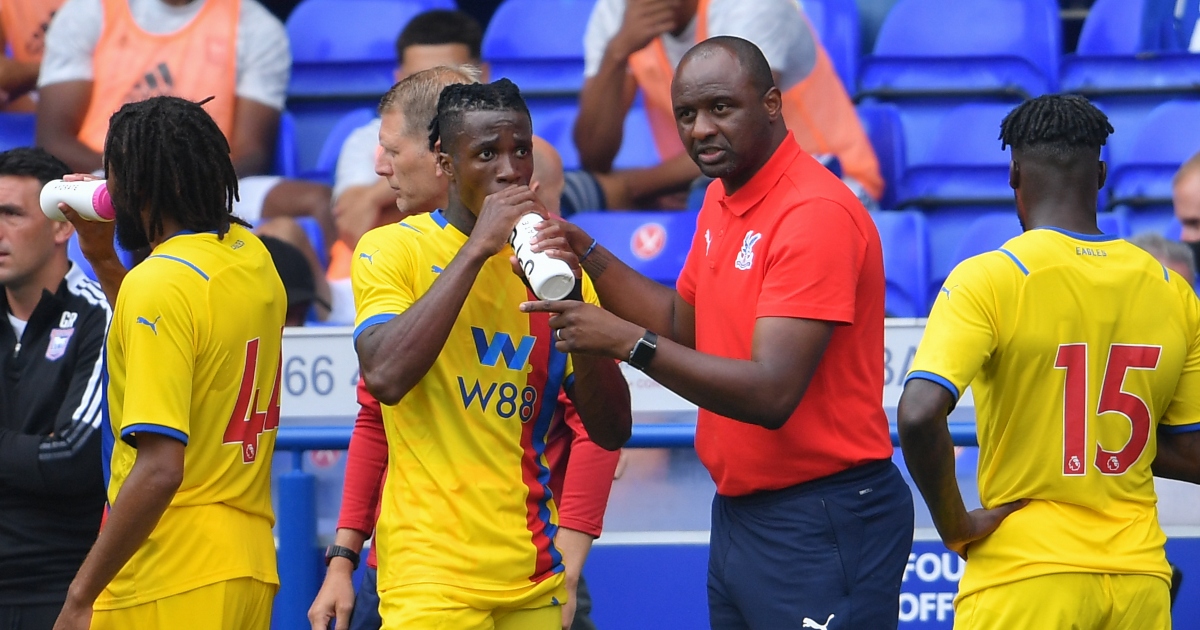 Crystal Palace attacker Wilfried Zaha has opened up on his relationship with manager Patrick Vieira.

The Eagles have started the season very well after what was a transitional period following Roy Hodgson’s departure in the summer.

Palace have picked up a win at the Etihad against Manchester City and were also close to taking all three points from Arsenal at the Emirates, drawing 2-2 after Alexandre Lacazette’s last-gasp equaliser.

They are now tenth in the Premier League table with 16 points from their opening 12 fixtures.

And Ivory Coast international Zaha has given an insight into life under Vieira at Selhurst Park, admitting that the Frenchman can be “annoying” at times.

“[Our relationship] is very good actually. He is very chilled, loves a joke and tries to pick on me a lot,” (via HITC).

“Every day he is demanding more and more from me. Sometimes it is annoying but he wants the best for me so I am trying to do my best.”

Next up for Palace is Aston Villa in the Premier League, with Steven Gerrard taking charge of his second match as Villans boss.

Ahead of the match, Gerrard admitted that Vieira is “one of the toughest battles” he faced during his playing days.

Speaking at his pre-match press conference, the former Liverpool captain said: “He’s a man I have a lot of admiration and respect for, first and foremost as a player.

“I had many battles against Patrick, some highs, some lows. He was certainly a player you could really go and compete against. You could kick him, fight him, compete against him and he’d shake your hand after the game.

“He was a top, top footballer and one of the toughest battles I ever faced in terms of being a player, and I expect the same to be the case from the side. I know he’s a winner.”