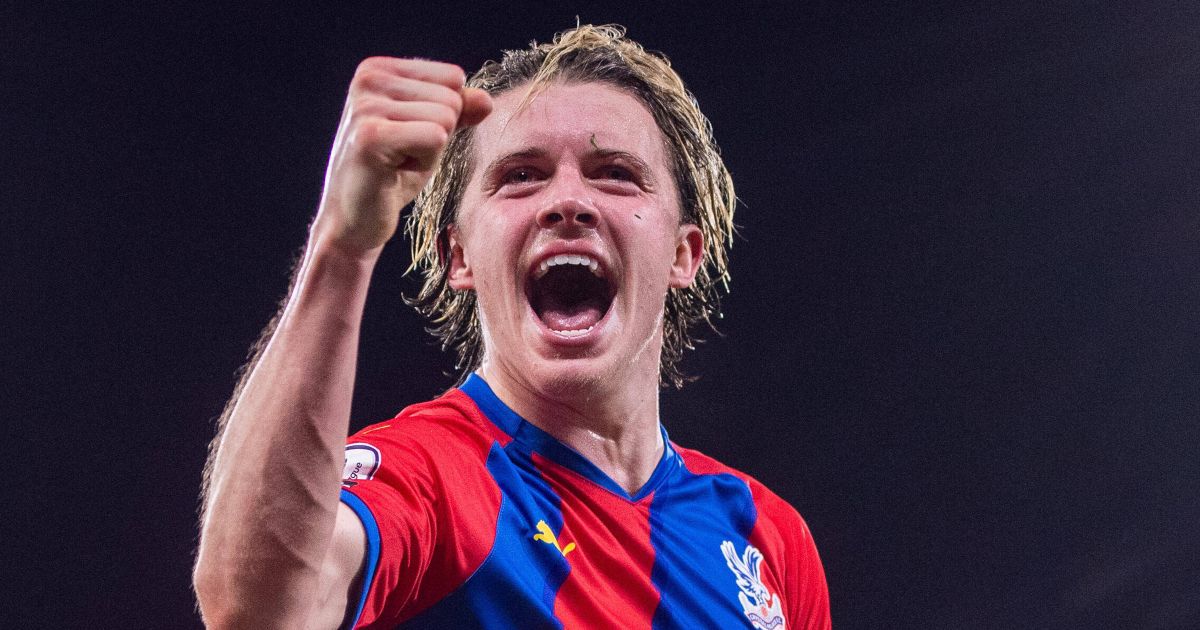 Crystal Palace boss Patrick Vieira has described Conor Gallagher as a “manager’s dream” and compared the finishing of the Chelsea loanee to Frank Lampard.

The midfielder scored twice in Sunday’s 3-1 win over Everton to become the Eagles’ outright top goalscorer for the campaign with six so far in the Premier League.

Gallagher moved to Selhurst Park in the summer on a season-long loan and will aim to continue his fine form when Southampton visit on Wednesday.

“Conor has this passion for the game when he is on the field like a Ray Parlour, but I would say he has maybe the quality finishing of a Frank Lampard,” Vieira said.

“It is a manager’s dream to have a player like Conor because when he is on the field, he will give everything.

“He is focused, concentrated and will always give his best. This is something that for me is really important.”

This is the 21-year-old’s joint-best goalscoring season after he found the net on six occasions during the 2019-20 campaign, which was spent on loan in the Sky Bet Championship with Charlton and Swansea.

Vieira believes the midfielder’s desire to improve is behind his goal return.

“I think it is his determination to progress. Every time he is putting his feet on the field, he wants to improve and to challenge himself,” the Palace manager added.

“We know his quality and we know he can be box-to-box. He can score goals but what is really impressive with him is his work ethic in training every day.

“When you have that kind of determination to challenge yourself and to improve, you will have more chance to succeed.”

Gallagher, who earned a maiden senior England appearance last month, had gone four games without a goal before his brace against Everton, which coincided with midfield partner James McArthur suffering a hamstring injury.

Since McArthur’s absence, Vieira has tried numerous different combinations in the middle of the park and Will Hughes got the nod to good effect on Sunday.

In Hughes’ first start in seven months, the ex-Watford player impressed at the base of the Eagles’ midfield trio and earned praise from his manager after a fine full debut.

Vieira insisted: “I think there is more to come from Will. The more he will play, the better he will be. This is a position where there is competitiveness and this is what is good.

“The competitiveness we have in midfield should bring out the best in each one of them, so that will be good for the team.

“I was and I am really pleased with the game Will played and now what is important for him is to maintain that performance and be even better.”

Vice-captain McArthur remains unavailable for the visit of Saints but Joachim Andersen and Luka Milivojevic are set to return to the squad.

Nathan Ferguson (Achilles) continues to build up match fitness but Palace have no Covid-19 cases.

“We did the tests this morning and we are all fine,” Vieira said.