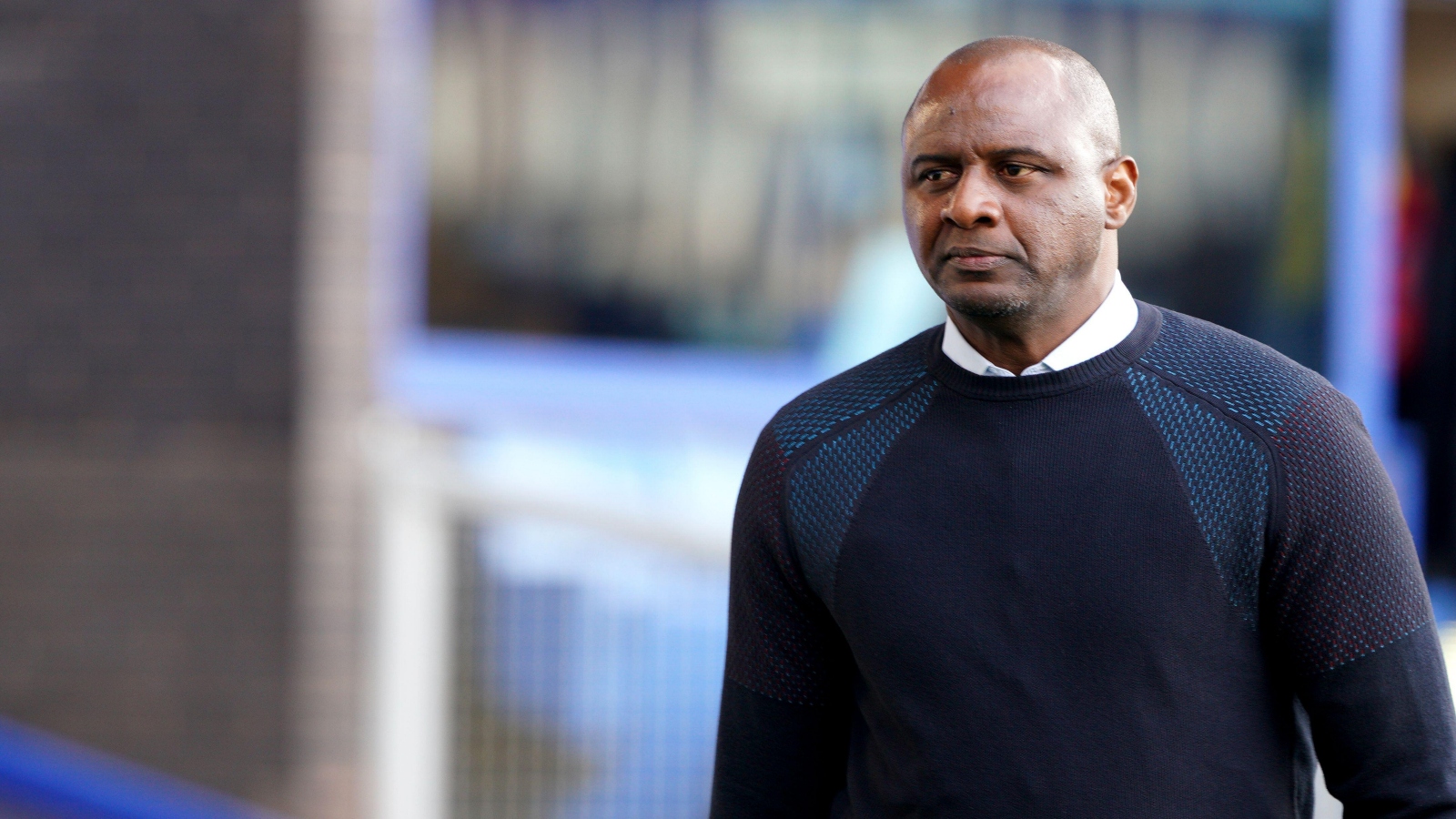 Patrick Vieira says it has been difficult for Crystal Palace to keep up to maintain momentum in training following back-to-back postponements before the international break.

Patrick Vieira admitted back-to-back postponements have made it difficult for Crystal Palace to maintain momentum in training.

The Eagles have not played a match since their 0-0 draw at Newcastle on September 3, with clashes with Manchester United and Brighton called off due to the Queen’s death and train strikes respectively.

The absence of any competitive action, said the Eagles boss, did take its toll on his squad, who return to action against Chelsea on Saturday.

“Training has been challenging of course because the last time we played a competitive game was quite a while ago,” he said.

“So it was challenging to keep players focused I would say, but we’re looking forward to the game, we’ll face of course one of the best teams in the Premier League and we will be ready for that.

“Of course when you don’t play games it’s really quite difficult to keep that kind of physical attributes but I was really pleased with the concentration and the work ethic of the players, because it’s challenging when you’re working hard all week and there is no game.”

Vieira and his players were able to enjoy some “family time” during the extended absence but have generally stuck to the programme, analysing their first six games in preparation for Saturday’s meeting with the seventh-placed Blues.

The Selhurst Park contest will also mark Graham Potter’s first league match at the Chelsea helm, an opportunity his opposite number believes is well-deserved.

Vieira said: “When a manager works well for a couple of years he deserves a chance in one of the top teams, and when you look at his record the last couple of years I think he’s been doing fantastically well with Brighton, and today he’s at Chelsea and of course I’ll wish him all the best after the game on Saturday.”

Vieira has been studying Potter’s time at Brighton alongside Chelsea’s 1-1 Champions League draw at Salzburg, Potter’s first in charge, to get a flavour of what he might expect from the new Blues boss on Saturday.

Gallagher has played just 157 minutes across five Premier League appearances for Chelsea this season, but Vieira expected the Holmesdale faithful to give the midfielder a warm welcome.

“I don’t have any doubt about the reception Gallagher will receive,” he added.

“I think the fans, myself, the players, the football club, we are really pleased with the contribution that he had last year so we’re looking forward to seeing him and then of course it’s about concentrating on winning the game.

“It’s been really challenging for him because I believe he didn’t play as much as he was expecting, but he has to keep fighting and showing the manager that he wants to get in the team.”