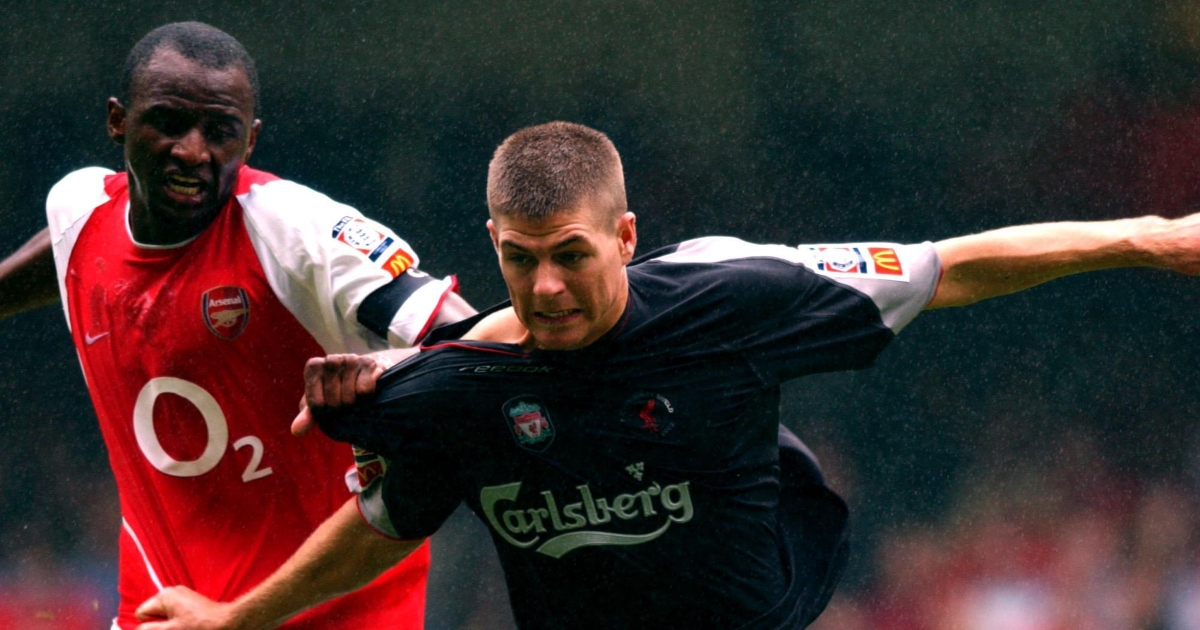 Crystal Palace boss Patrick Vieira is ready to go up against Steven Gerrard once more, this time in the dugout as the Eagles take on Aston Villa.

The two Premier League greats have both embarked on their managerial journey in the division this season having spent numerous campaigns facing each other when playing for Arsenal and Liverpool respectively.

Gerrard, who was only appointed Villa boss earlier in the month, was full of praise for his opposite number during his own pre-match press conference and the Palace manager returned the favour later on Friday.

Man Utd making yet another managerial mistake with Rangnick

“I think we really enjoyed playing against each other. Every single game we played against Liverpool was a tough challenge because of Steven Gerrard,” Vieira said.

“He was a real leader, a real captain and was one of the best players in that position. He was part of those players who changed the role of the holding midfielder.

“Every game against Liverpool, I remember some like the (2001) final in the FA Cup that we lost but we had some games where we got the result so some good games.”

Vieira and Gerrard have followed similar paths in management, both firstly coaching Under-23 sides at Manchester City and Liverpool before they took on senior roles with Nice and Rangers.

The pair faced each other previously in a friendly during the summer of 2020 but this will be the maiden competitive meeting between two of the finest midfielders of their generation.

“Finishing his career, doing badges and going with the Under-23s, this is the pathway I had,” the Palace boss added.

“I followed him at Rangers. I saw him when we played a tournament in Lyon when he was at Rangers and I was at Nice. It was nice to see him and catch up a little bit about our journey so it will be nice to see him.”

Palace go into the fixture unbeaten at Selhurst Park this season and without a defeat in seven matches with forward Christian Benteke in great form.

The ex-Aston Villa striker has scored four goals in his last five club appearances and enjoyed an upturn in fortunes during the last 12 months despite being linked with a move away from Selhurst Park in January before the signing of Odsonne Edouard further increased the competition for places in attack.

Vieira insisted: “All the credit to Christian. He showed he wanted to be part of this football club and the fact we bring Edouard as well, we brought challenges for those players to challenge themselves and Christian is up for the fight.

“He wants to show to everybody he wants to be part of what the football club is trying to do. He put his head down, is working really hard and is really close to his best. He is playing with a lot of confidence and belief. He is someone who can score goals and when you score, you believe even more in yourself even more.”