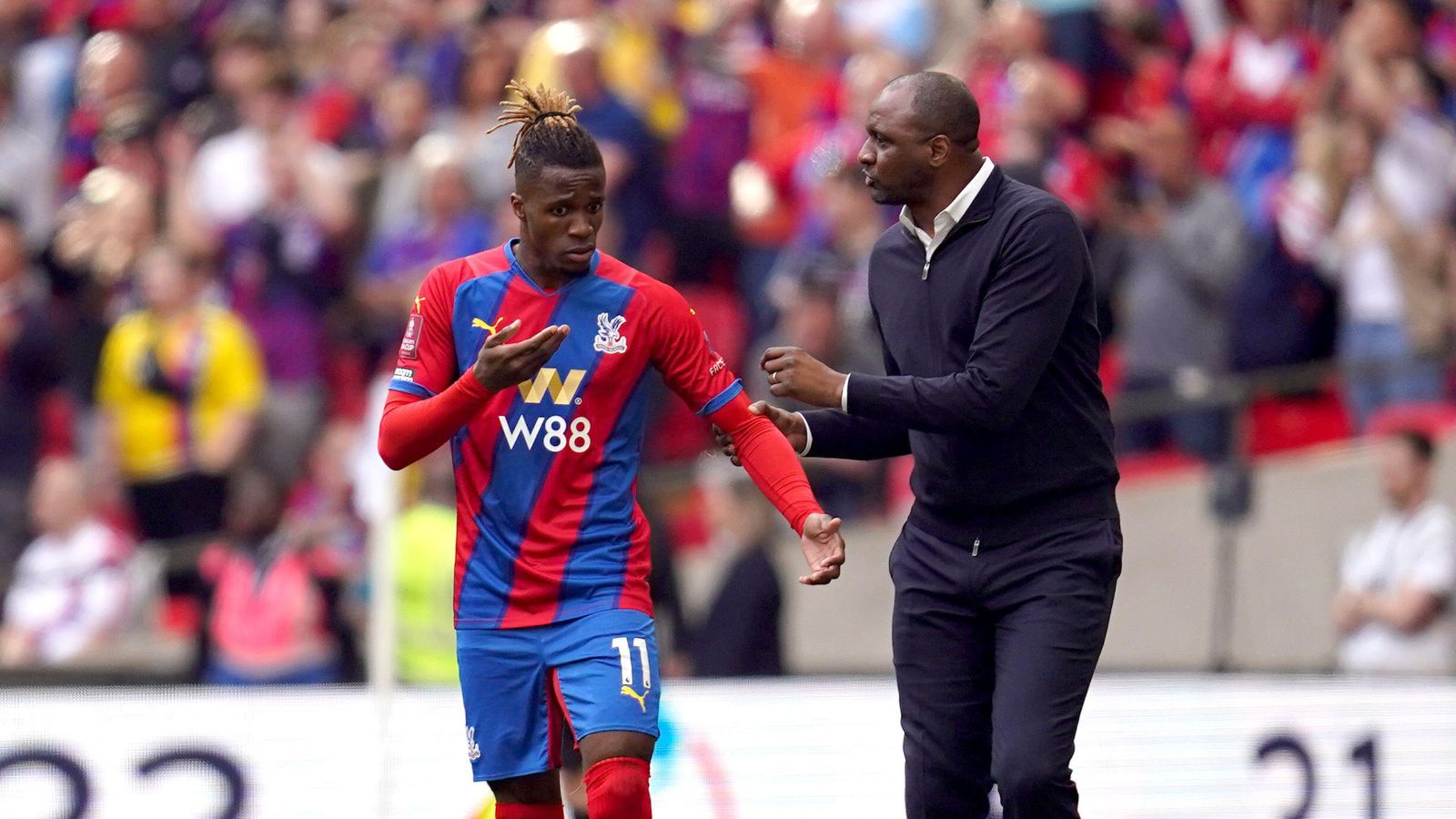 Patrick Vieira is keen for Wilfried Zaha to continue his great form for Crystal Palace after scoring a brace against Aston Villa.

Zaha was in fine form as he tormented Steven Gerrard’s side at Selhurst Park in Palace’s 3-1 win on Saturday afternoon.

The Ivory Coast international netted twice and was on the end of some robust challenges, with John McGinn fortunate to avoid a second yellow card before being subbed off.

Eagles boss Vieira felt Zaha was singled out for rough treatment by Steven Gerrard’s side but believes the player is at his devastating best when fuelled by passionate emotion.

“I think Wilfried doesn’t want to be protected; I think what he wants is just referees to be fair,” replied Vieira when asked if Zaha requires more support from officials.

“And, to be honest with you, I think the referee spoke with him really quite well and Wilfried has to understand that with the quality that he has, that will happen.

“Obviously he was targeted and I think one of the objectives of Aston Villa was to make him lose his head.

“But at the end, he got his fire inside him that I don’t want him to lose because that makes him the great player that he is.

“He had a fantastic game.”

Zaha has now scored in each of the Eagles’ last seven top-flight victories and was afforded a standing ovation when he was substituted late on.

The 29-year-old quickly cancelled out Ollie Watkins’ early opener on Saturday before putting Palace ahead by finishing on the rebound after his second-half penalty was saved by Emiliano Martinez.

He was then involved in the build-up to the clincher, claimed by substitute Jean-Philippe Mateta.

Villa manager Steven Gerrard was unhappy with the award of Palace’s spot-kick – given following VAR intervention after Marc Guehi headed the ball against the arm of Lucas Digne – and equally frustrated by his players’ failure to respond.

His inconsistent side have won just three of their last 14 league fixtures.

“The get-out and the protection is to say ‘not enough in the building’, but I’ve got full belief in all of these players,” said Gerrard, whose side beat Everton last Saturday following an opening-weekend defeat at Bournemouth.

“I’ve got belief in myself and my staff that we can find this consistency.

“In the coming days we’ll do everything we can to give the players more support because we want to move forward and we’re not satisfied with the inconsistency at the moment.

“We can’t be a team one week and then have so many problems the week after.

“The results last year and so far this season are too inconsistent.”

Villa do look set to get one over Palace off the pitch though as they have had a bid accepted for Watford winger Ismaila Sarr.

The Villans have a ‘full agreement’ with Watford, with them set to pay an initial €25m plus €3m extra in add-ons.

This is a blow to Crystal Palace, as they had been linked with the talented winger in recent weeks.