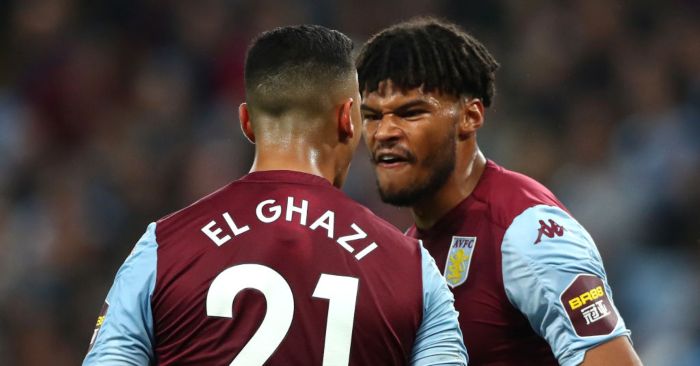 The main talking point of Villa’s goalless home draw against West Ham came late in the first half when Mings and El Ghazi clashed angrily inside their own penalty area, with the latter clearly pushing his head into his team-mate’s.

El Ghazi could have been sent off but, with referee Mike Dean receiving instruction from the video assistant referee, escaped a red card.

Smith was unmoved by what happened and was more concerned that his team failed to make the most of Arthur Masuaku’s dismissal in the 67th minute, with West Ham the more threatening despite their numerical disadvantage.

“Things happen in team sport in the heat of the moment and it was sorted very quickly. At half-time they spoke about it, shook hands and we move on.

“What is disappointing is that we played just over 20 minutes against 10 men and couldn’t take advantage of that.

“We lost our structure and made mistakes and at times lost emotional control during that last 20 minutes or so.”