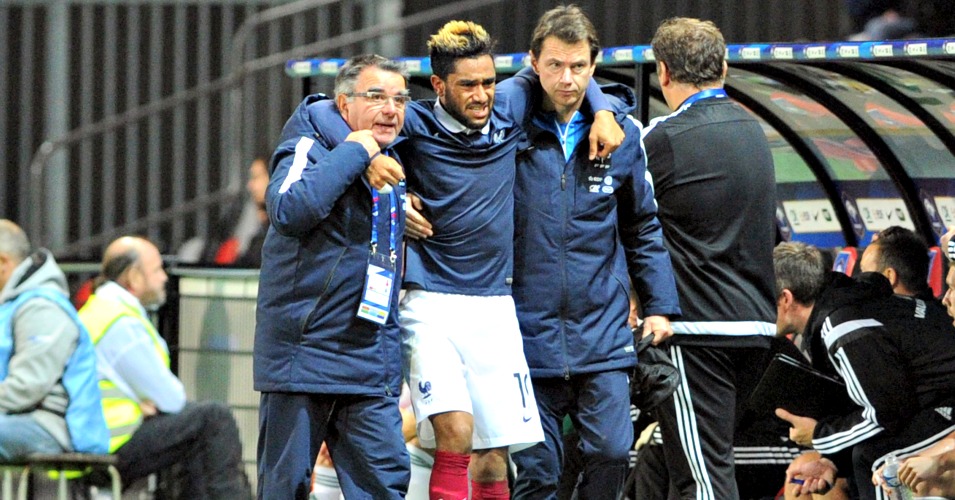 Aston Villa will have to wait for Jordan Amavi to undergo scans to discover whether he has ruptured any ligaments in his knee on international duty.

France Under-21 coach Pierre Mankowski insisted it is too early to tell if Amavi’s season is over after the left-back went down in the 72nd minute as he went to make a challenge in the 1-0 win over Northern Ireland on Thursday.

Amavi went to hospital following the fall and Mankowski says they must wait to discover the extent of the damage.

“Our doctor and that of Guingamp are travelling with him,” he told a press conference after the game.

“The first information that we have available is that it is a knee sprain. We don’t know yet if the ligaments are ruptured. It’s too soon to say that.”

Amavi is still in France but, should it be serious, the injury would be a major blow to new boss Remi Garde.

The 21-year-old joined Villa from Nice in the summer as part of Tim Sherwood’s summer rebuilding but Garde replaced Sherwood earlier this month with Villa bottom of the Barclays Premier League.

Amavi has made 12 appearances and was recalled by Garde for his first game in charge as Villa drew 0-0 with Manchester City to end a run of seven straight defeats on Sunday.