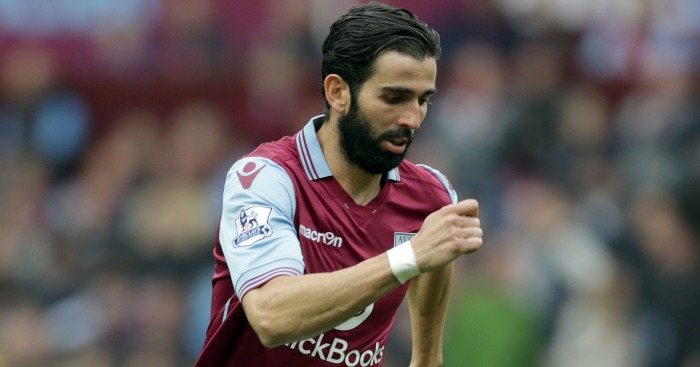 Aston Villa defender Jose Angel Crespo has joined Rayo Vallecano on loan until the end of the season, the Premier League club has announced.

Crespo has endured an unsuccessful six months at Villa Park since signing from Cordoba in the summer, making just one league appearance in the 1-0 home defeat to Stoke in October, and the Spaniard has now returned to his homeland.

Former boss Tim Sherwood gave him that opportunity but current manager Remi Garde has decided to stick with other players.

The 28-year-old, who played for Sevilla, Racing Santander and in Italy with Padova, Bologna and Hellas Verona before moving to Villa Park, follows fellow defender Joe Bennett out of the club after the left-back joined Sky Bet Championship play-off hopefuls Sheffield Wednesday this week.