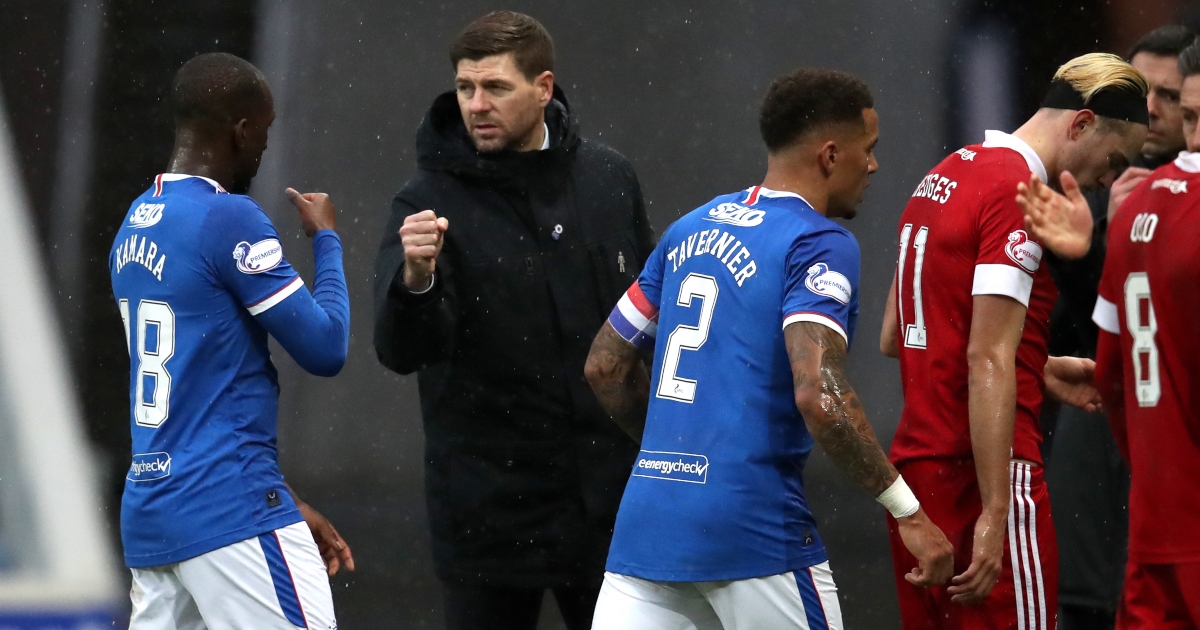 Aston Villa will reignite their interest in Rangers midfielder Glen Kamara following the appointment of Steven Gerrard as head coach, according to reports.

Kamara was a favourite under Gerrard during his time at Ibrox – signing him from Dundee for only £50,000 and transforming him into one of the best player’s in Scotland.

The Premier League club are apparently a huge fan of the Finland international and have kept a close eye on the player during recent transfer windows.

Villa were close to bidding around £6million for Kamara last summer under former boss Dean Smith.

This is according to the Daily Record, who claim Gerrard’s appointment means the Villans could make an official bid for the 26-year-old in January.

Kamara is under contract at Ibrox until 2025 which indicates that the Scottish champions will look to receive at least £5m for the Finland midfielder if he does leave.

He impressed for his country at Euro 2020, which prompted reported interest from Villa, Watford and Arsenal – for whom he came through the youth academy before joining Dundee in 2017.

In June, Finland coach Markku Kanerva urged Kamara to sign for a ‘bigger club’ than Rangers.

Kanerva told AFP: “Hopefully he will continue his development, it would be nice to see him playing even at bigger clubs.”

The player commented on summer speculation, before signing a new deal, saying: “I’m a Rangers player until told otherwise.

“I’m not focused on anything else, it’s been really good (at Rangers).

“We just won the league unbeaten and had a good European run, so I’m not really focused on anything else. My focus is on Finland right now.

“The club’s on the up and everyone is looking forward to next season. We want to go and retain that title.”

However, Gerrard’s move to Aston Villa proves that anything can happen, and if a sufficient bid comes in it will be hard for the Gers and Kamara to turn it down.