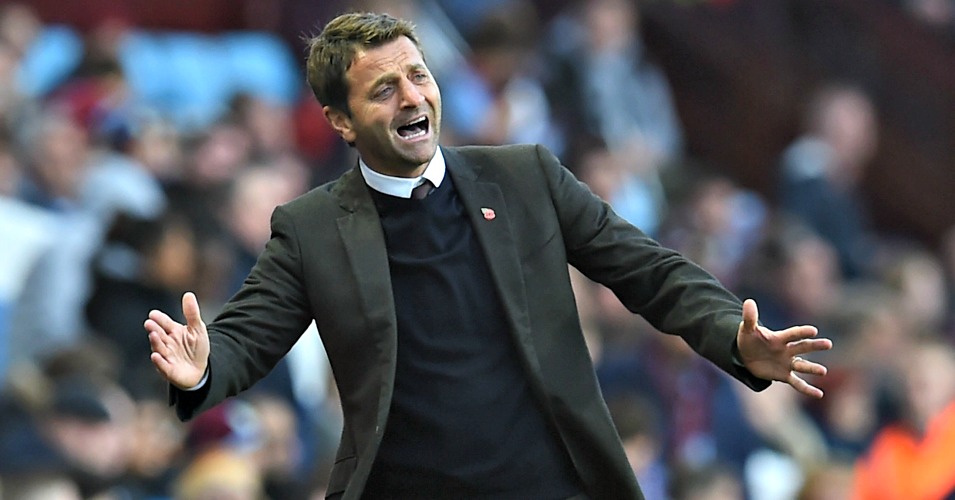 Aston Villa midfielder Jordan Veretout has claimed that he ‘no dialogue’ with former manager Tim Sherwood.

Sherwood was sacked as boss in October, eight months into his tenure at Villa Park. Villa were bottom of the table after 10 games, with just four points to their name. Ten games on, and replacement Remi Garde has only managed to double that tally.

Fortunes have undoubtedly improved for Veretout personally, however. Signed for £8million by Sherwood on a five-year deal in the summer, the former Nantes midfielder started just three games under the Englishman. Under compatriot Garde, Veretout has started each of Villa’s last nine Premier League games.

Veretout has revealed more about his fractured relationship with Sherwood in an interview with French newspaper L’Equipe.

“I heard that he had confidence in me but in the end, I was on the bench every weekend,” Veretout said. “I didn’t have an explanation, and it’s been hard to talk, especially with the language barrier.

“I didn’t have any dialogue with him, I didn’t understand and I still don’t understand. When I played, I thought I performed well. The arrival of Garde as coach was beneficial for me.”

Villa may be stranded at the foot of the Premier League, 11 points from safety with 18 games remaining, but Veretout still believes he joined the right club in the summer.

“Today, there is a lack of collective confidence, but we will fight to move up. And we seem to be having good matches, although the results are not always there.”