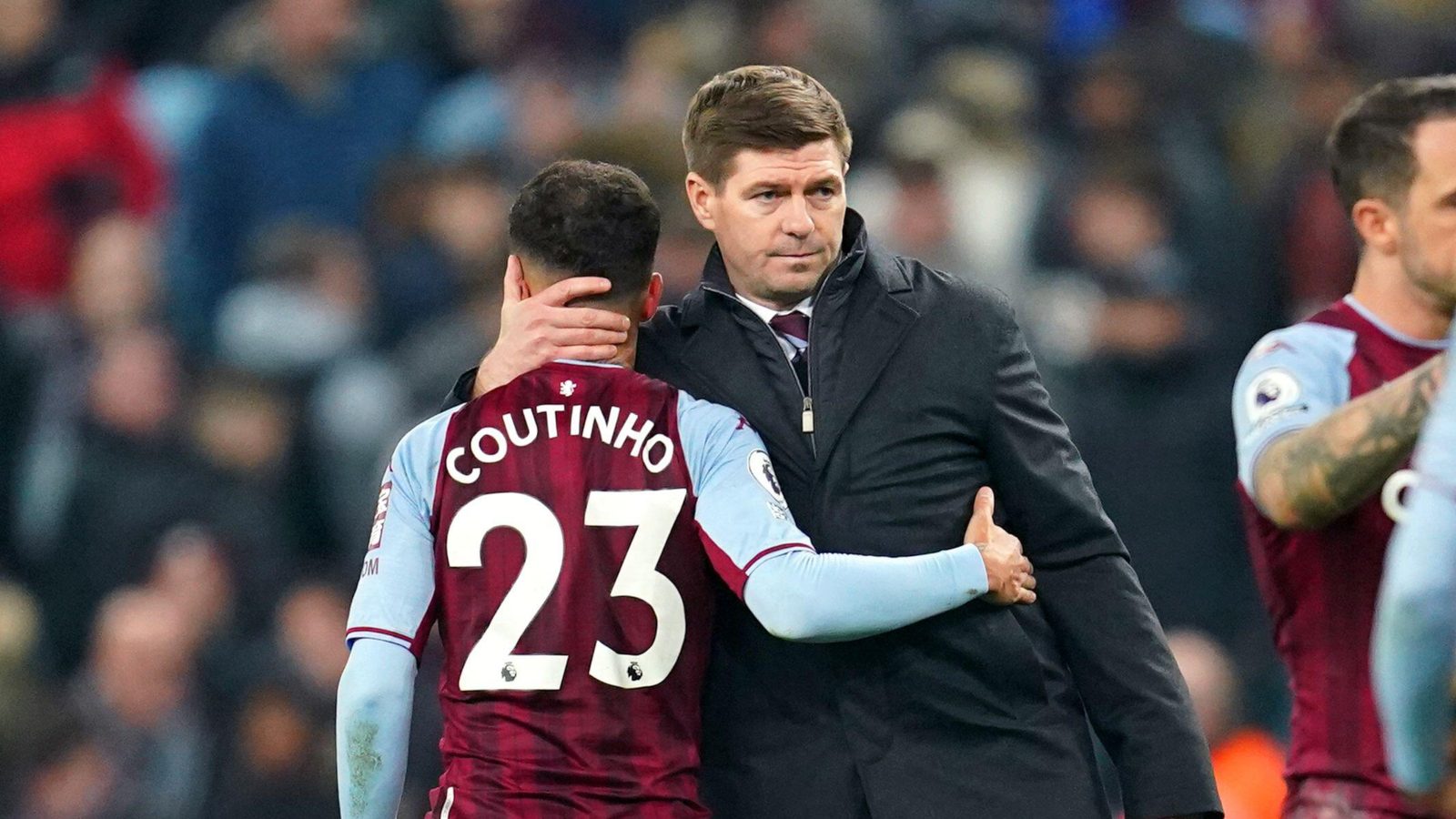 If Villa can secure a result at the Etihad on Sunday, it could give Coutinho and Gerrard’s former club Liverpool the Premier League title.

Gerrard has played down the game, insisting that his only focus is on securing a good result for Villa and that any result that benefits his old side is just a bonus.

Speaking to the Daily Mail, Brazilian midfielder Coutinho, who recently had his loan spell at Villa Park made permanent, has backed up his manager, despite numerous messages from Liverpool fans on social media.

“It’s a great game to play. But we want to finish well against a great club. And that’s it. We always want to improve and do well and finish as high as we can,” said Coutinho.

“I only care about my new club. I want to play well for them. I have had a lot of messages from Liverpool fans on social media but I don’t look at it that much anyway. My focus is only on the games we have.

“City are one of the best teams in the world. It’s always difficult to play them. But we have played them before and done well and competed throughout the game.”

On his relationship with Gerrard, who he played with at Anfield, Coutinho added that he has always been the ‘boss’ to him.

“I remember I was very nervous when I saw him. He was an idol for me and everyone. I was very young but he was so humble and everything he did was so simple.

“I used to watch him train and how he reacted in games and did things. For me it was a big thrill to play with him.

“I call him boss now but he was always the boss. When I played with him he was captain and leader. He was the club. Now as a manager he is great.

“He is strong when he needs to be but he is open to speak to as well if you need to. Everybody here respects and looks up to him.

“I came here to the club probably because he called me. We spoke about many things and he was the first contact from the club. I came here because of him.

“I was at home when he called and we did a Zoom and spoke about a lot of things.

“It didn’t take long to decide because I wanted to play and this was a big opportunity. Now I am very happy that I have signed.”