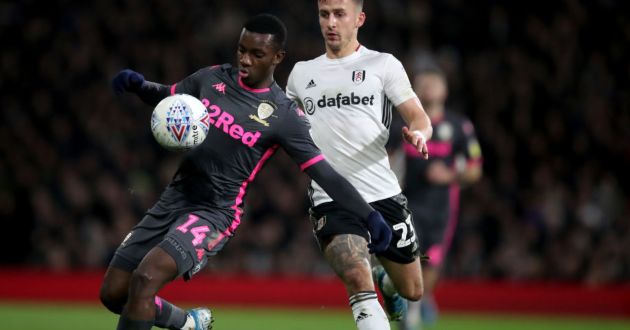 Aston Villa are amongst a few clubs rumoured to be looking at signing Eddie Nketiah on loan until the end of the season.

Nketiah spent the first half of the season on loan at Leeds United but was recalled earlier this month by the Gunners.

The 20 year-old scored 5 goals in 19 appearances for the Championship side but was behind Patrick Bamford in the pecking order, making most of his appearances off the bench.

Aston Villa’s injury crisis at the striker position has seen them linked with multiple players including Middlesbrough striker Britt Assombalonga.

£22 million summer signing Wesley has been ruled out for the season with damaged knee ligaments which has left Jonathan Kodjia as the only fit senior striker.

Dean Smith was forced into playing Jack Grealish and Anwar El Ghazi as his strikers during Villa’s humiliating 6-1 defeat to Man City on Sunday.

According to football.london both Villa and Norwich have stepped up their interest for the 20 year-old.

However, Bristol City boss Lee Johnson has also admitted they have interest in Nketiah but with increased interest from the Villans they may be unlikely to seal his signing now that the deal has become more ‘complicated’.

Arsenal boss Mikel Arteta admitted that they were down to the ‘final three’ clubs for Nketiah but was adamant that a deal won’t be done for the next few days.