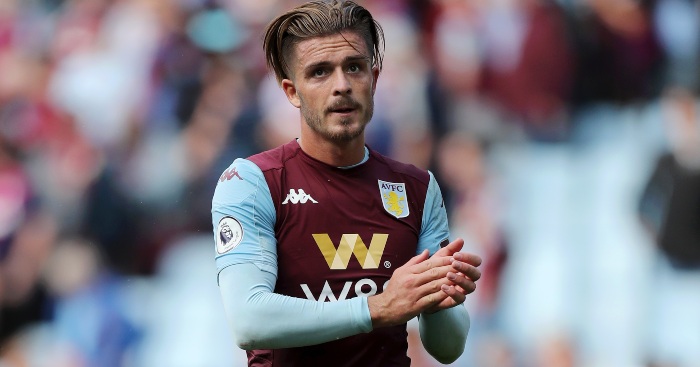 Jack Grealish has stressed the importance of Aston Villa cutting out the mistakes following Saturday’s 2-1 loss to Bournemouth.

The contest at Villa Park – the ground’s first Premier League match since May 2016 – saw the promoted hosts punished twice in the opening 12 minutes for misjudgements, which went a long way to making them our early losers.

And 10 minutes later, Douglas Luiz let Mahmoud Trezeguet’s pass go through his legs, only for the ball to be claimed by Harry Wilson, who beat Heaton with a shot that deflected off Tyrone Mings.

Villa skipper Grealish told the club’s official website: “It’s disappointing and – we’ve all said it (in the dressing room), the manager (Dean Smith) said it to us – we have to cut out the mistakes.

“I gave away the ball last week for Harry Kane’s goal (in the 3-1 loss at Tottenham) and then we’ve given away a penalty and a deflected goal (on Saturday).

“I thought we were the much better team after the first 15, 20 minutes. But that’s this league for you. When you make mistakes, you do get punished.

“As soon as we cut these mistakes out, I am sure we will be fine.”

The first half finished with Villa exerting pressure and Bournemouth’s Philip Billing to the fore.

Billing was booked in the 36th minute for a tackle on John McGinn and following further challenges on Grealish, Luiz and McGinn, it looked as if he was fortunate not to be carded again.

Bournemouth boss Eddie Howe substituted him at half-time, later saying he did so as he felt the midfielder was “one foul away from probably getting red-carded”, while Smith said Billing “should have been sent off, there’s no doubt about that.”

Villa then tried their luck on goal a number of times after the break, and had a possible penalty for Aaron Ramsdale’s challenge on Wesley ruled out by a VAR check, before Luiz reduced the deficit with a superb 71st-minute strike – but that was as good as it got for the hosts.

Grealish sent a header over from a good position prior to teeing up Luiz’s goal, and he admitted: “That should have gone in. It’s one I’ll be losing a bit of sleep over. But it will come. We’ll go back to the training pitch now and work hard for Friday’s game (against Everton at home).”

Smith said of Luiz, the summer buy from Manchester City who was making his first Villa start: “I wouldn’t just say it was his mistake (for Wilson’s goal). We know we don’t play square passes in our half.

“Yes, he’s left it and let it run. But I think they got a very big slice of fortune with the deflection.

“He is the sort of character who doesn’t let an awful lot bother him too much – and you could see, with how he got on the ball.

“I asked him at half-time to just quicken it up a little bit. I just thought he maybe took a few too many touches in the first half. I thought he did well in the second half.”