Home All The News Villarreal confirm return for Santi Cazorla 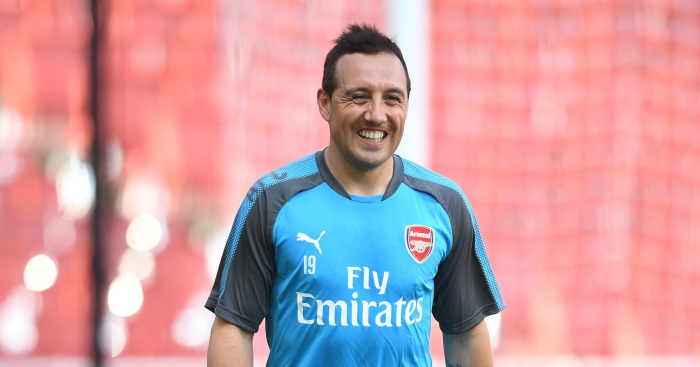 Santi Cazorla will undertake pre-season training with Villarreal as he looks to rebuild his injury-hit career.

The former Spain midfielder leaves Arsenal this summer upon the expiry of his contract after an Achilles injury kept him on the sidelines since October 2016.

The 33-year-old has been training with youngsters at Alaves but it was confirmed on Tuesday that Cazorla would return to Villarreal in July to take part in pre-season training.

The La Liga club said: “Santi Cazorla returns home. The Asturian footballer will spend the pre-season with the first team of Villarreal with the aim of recovering from an operation in the Achilles tendon of the right leg, which was held on November 28 by Doctor Mikel Sanchez.”

Cazorla added: “I am returning to a club where I have always felt very wanted, thank you very much for the love.”