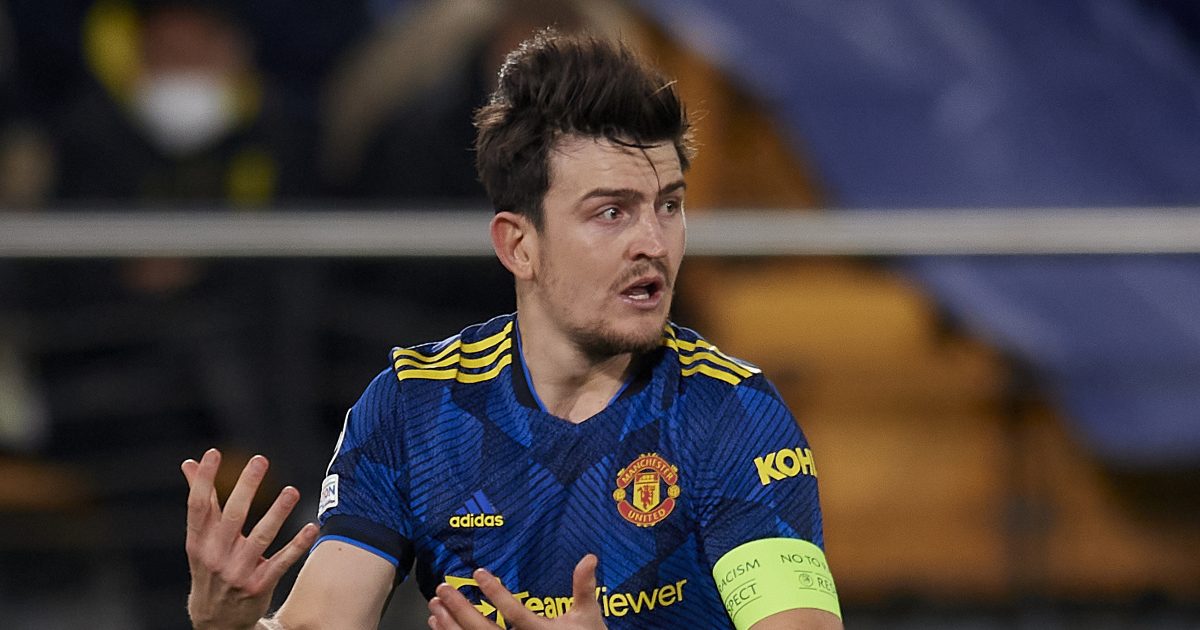 Harry Maguire has insisted that Manchester United’s win over Villarreal is “massive” as he called for his teammates to “push on”.

The Englishman was sent off over the weekend in Ole Gunnar Solskjaer’s last game in charge of the Red Devils.

His reign came to an end after United were beaten 4-1 by Watford at Vicarage Road.

The club legend was sacked after United went three games without a win across all competitions.

Speaking after Solskjaer’s departure, Maguire said the players have to “take responsibility” for their poor form:

“The players need to take responsibility. We are in this together. Ultimately the manager has paid the price, we are all so disappointed by that. We know we haven’t been good enough. We have spoken about that. The lads want to succeed.

“It has been a very hard time as players. The amount of respect we had for the boss. We’ve been on a journey together.

“For him to come in and talk to us yesterday, it was tough. The result on Saturday wasn’t good enough but the results of recent have not been good enough. Ole has paid the price and we have to take a big reponsibility too.”

Michael Carrick is Solskjaer’s temporary replacement and his first game in charge was against Villarreal on Tuesday night.

A win for United would have sent them through to the knockout stages of the Champions League and they got the result they needed.

Man Utd grew into the game as they beat Villarreal 2-0. Ronaldo and Jadon Sancho scored late on to seal the victory for Carrick’s side.

As quoted by BBC Sport, Maguire has stated that United “got what they deserved” against Villarreal:

“It’s massive for our season. The last couple of months have been nowhere near good enough and we needed to get a result for our season and our fans. We need to make sure that’s just the start and we push on.

“It was tough and edgy in the first half. It was important to stay in the game and I thought the lads who came off the bench really helped us push on and the second-half performance was really good.

“The emphasis was getting a result. Coming away from home in Europe you have to be solid. We got what we deserved in the end because of the chances we created.

“We want to be on the front foot and aggressive and in the first half maybe we played with too much fear. But we spoke about that and the first goal came from pressure.

“Ronaldo has been brilliant. We need to get back to being solid because if we do that we have every chance to win games when we have him up front.”