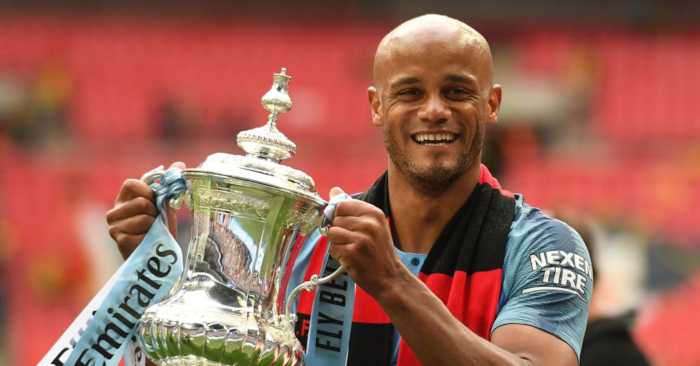 How does one define value? Arsenal signed Patrick Vieira for £3.5m in 1996 and he was vital to their only three Premier League title wins, but he left for £13.75m in 2005 with the club approaching a downward curve. Liverpool bought Philippe Coutinho for £8.5m, won no trophies and sold him for £105m five years later, using the proceeds to improve markedly as a club.

Only a fool would suggest Coutinho was the better, more impactful, more influential and more transformative player. Liverpool came 2nd, 6th, 8th and 4th in his four full seasons at Anfield, while Arsenal never finished outside the top two in Vieira’s eight complete campaigns. Yet his departure signalled their relative demise, while Coutinho’s established Liverpool as a force after he helped take them to another level.

Vincent Kompany rather neatly found the glorious middle ground. He joined a Manchester City side that had just finished 9th in 2008 and remodelled, reshaped and remoulded them into champions. But the captain leaves a ship that has never sailed so smoothly: an unprecedented domestic Treble signals a job impeccably done as he bids farewell.

The questions over the legality and morality of City’s success did not even wait for full-time on Saturday. It was somewhere around the fourth and fifth goals of Watford’s Wembley surrender that opposing voices decried their conquerors’ achievements. How can City celebrate a Premier League title, FA Cup, and League Cup that was bought – and that is without even contemplating the source of the money that facilitated it all.

It rather ignores that Manchester United, Liverpool and Chelsea all have more expensive record signings, that Thierry Henry was one of three managers to reportedly earn more than Pep Guardiola this season, and that City have around the fourth-highest wage bill in Europe. UEFA believe there is a case to answer and many others feel repulsed by the circumstances, but diluting this brilliance to nothing more than financial doping is inaccurate.

Money is obviously a factor, but the biggest spenders have won the Premier League title in just five of 27 seasons. City’s 2017/18 triumph was the only such instance since 2005/06.

The wisest spenders invariably succeed – although that is a lesson City themselves took time to learn. Kompany was their eighth-biggest signing in their 2008/09 campaign, behind such luminaries as Robinho, Jo, Shaun Wright-Phillips and Wayne Bridge. He cost £1m more than Tal Ben Haim and £100,000 more than Shay Given.

Yet there he is: this famous club’s most famous modern son. David Silva and Sergio Aguero are heroes this side of Manchester, but joined in 2010 and 2011 respectively. City were already on the rise at that point, and both were throwing their weight behind a Roberto Mancini project as lavish £24m and £38m purchases. Kompany had been courted by other sides – better sides – yet pledged his allegiance to a Mark Hughes team as a forgotten £6m signing.

Richard Dunne was their reigning Player of the Year then, a mark of just how much times have changed. But Kompany was able to change with them. His transition from holding midfielder for a mid-table side to elite centre-half for title challengers has been seamless. Dubbed ‘The Man of Glass’ in Germany due to his injury struggles, he has become the man of class in England.

Those physical frailties remain, and have followed him since he left Hamburg. Kompany started just 53 of City’s last 152 Premier League games, and has so often looked a shadow of his formerly dominant self. It seems like an age since the succession plan for Aymeric Laporte and John Stones to take over in central defence was formulated.

But Kompany has somehow been the anchor in perhaps the most tumultuous period of any club in Premier League history. No other player survived the years of Hughes, Mancini, Manuel Pellegrini and finally Pep Guardiola.

It would not have been particularly surprising had the captain met a similar fate to Joe Hart in Guardiola’s first season. Kompany can certainly but his range and consistency hardly tallies with the Spaniard’s demands. Playing less often than Wilfried Bony, Martin Demichelis and Eliaquim Mangala in 2015/16 would hardly have convinced the incoming manager, with calf and groin injuries attacking his body and, inevitably, his mind.

Not that the Belgian ever bore any psychological scars. “Some people get their heads down and start whining about why they are not playing,” he said in February 2016. I am thinking I could have been a bit quicker or a bit more mobile or I could have worked on this or that.

“I do that all the time while injured – and that is why I come back stronger.”

But it is a mark of the man as a player, a character and a leader that, at 33 and after one of his most limited seasons in terms of playing time, his departure is unanimously viewed as a blow. Even for a club scaling such heights as City, remaining grounded is of the utmost importance. Even for a manager who has reduced the majority of matches to 90-minute training-ground drills, setting an example on the pitch and in the dressing room is key.

Kompany might well be irreplaceable. Not in terms of quality, as City arguably already have two better centre-halves at their disposal. But in terms of influence and authority, his skills are impossible to replicate.

So too is what he represents. He adopted Manchester and Manchester adopted him, and a 22-year-old boy leaves as a 33-year-old man. Now more than ever, he was precisely what City needed: a reminder, both for themselves and their critics, that money alone does not guarantee value or success.