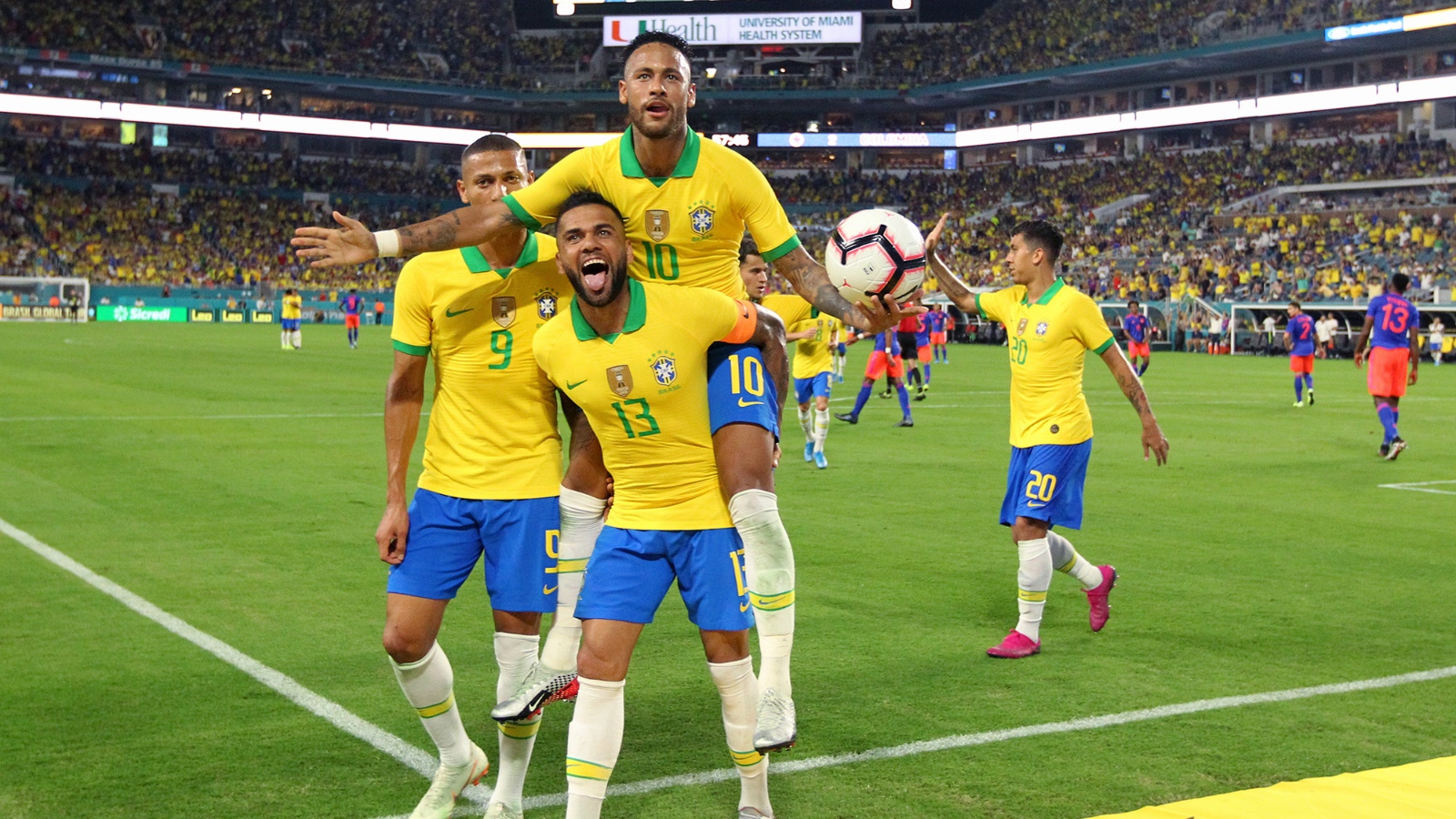 Vinicius Jr and Richarlison were seemingly involved in a training ground bust-up while on duty for the Brazilian national team.

Pictures have emerged, via MailOnline, of the two players grappling on the pitch, with teammates Neymar and Lucas Pacqueta then rushing in to break up the supposed fight.

It is unclear whether or not it was a play fight but Richarlison was visibly frustrated as Neymar grabbed the back of his neck.

This is not the first time that the Everton forward has made headlines for a confrontation, with Richarlison having ordered Jamie Carragher to “wash [his] mouth” after the Liverpool legend criticised him for going to ground too easily. He has proved to be a combustible character, both on and off the pitch.

Vinicius, meanwhile, has been riding the wave of his winning goal in the Champions League final last weekend. The 21-year-old has attracted lots of hype since joining Real Madrid for €46 million as an 18-year-old, but this season he has finally found his feet and his back-post tap-in in Paris was the culmination of a fine campaign with the Spanish giants.

In other news, Real boss Carlo Ancelotti has reportedly phoned Blackburn Rovers to recommended Duncan Ferguson as their new manager.

Ancelotti worked with Ferguson during his 18-month spell as Everton manager and the Scot clearly left a lasting impression on the four-time Champions League winner.

After taking charge of Real, Ancelotti asked Ferguson to come with him to Madrid but this offer was refused, with Ferguson preferring to stay at Everton, where he is regarded as a club legend.

However, Ancelotti has not forgotten his former assistant and according to The Sun, he has taken it upon himself to ensure that Ferguson is considered as a candidate for the vacant Blackburn job by making a surprise phone call to the club. The Italian is said to have spoken highly of Ferguson, pointing to his charisma and drive.

It is unclear as to whether the Scot would be willing to take on the Blackburn job but the Lancashire club are actively seeking a new manager following Tony Mowbray’s departure last month.