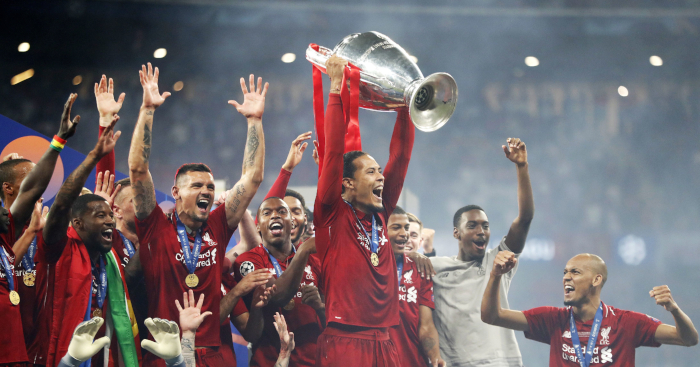 Liverpool defender Virgil van Dijk has revealed that he “wasn’t good enough” to be a centre-back during his youth career.

Van Dijk has proven an immensely popular figure at Anfield since joining from Southampton in 2018, narrowly missing out on beating Lionel Messi to the Ballon d’Or last year after inspiring Liverpool to the Champions League title.

And while he has only made just over 100 appearances for the Reds, Van Dijk is already held by some in similar regard to legends of days gone by.

MEDIAWATCH: Why it’s actually been a great week for Liverpool…

Adding a Premier League trophy to his collection would further cement the Dutchman’s status among the Liverpool greats, and Van Dijk has now confirmed that he still has “incredible things” he wants to achieve at Anfield.

Asked by Sport how he wants to be remembered at Anfield, Van Dijk replied: “As a Liverpool legend. I want to achieve incredible things here.

“We have a fantastic team, we don’t lack anything, we have all the tools necessary to on winning: a coach that we identify with, a versatile squad, a style of play that breeds victories, a stadium and supporters that play their part.

“Yes, I would like to be one of those players that return to Anfield after retiring. I see club legends at games and I feel part of a really big family.”

With talk of a new contract in the works for Van Dijk, it appears he will have every chance of joining that list of legends by continuing to impress for Liverpool for years to come.

While the 28-year-old is classed by many as the world’s best centre-back now, he also revealed there was a time when he might not have made it in that position.

“At 16, I was a right-back and I wasn’t good enough to play as a centre-back. I never stood out as a player until I got to the U19s and was named captain,” he admitted.

“Sometimes I played as a full-back, other times in the middle. From there, everything got much better. I played for the U23s and everything accelerated.”

One of the reasons Van Dijk was able to transform into the player he is today was a sudden growth spurt, making him much more physically imposing.

However, while that obviously benefits his game now, it wasn’t so easy for him to adapt to his new body to begin with.

He explained: “When I was young I wasn’t so tall until I had a growth spurt. At 16, my little brother was taller than me, but during the summer I turned 17 I grew 18cms!

“I struggled to run normally. My knee was a little unstable. I had problems with my groin. I needed rehabilitation work and was out for six weeks.

“It was like living in another body. After all that, I started to play well.”