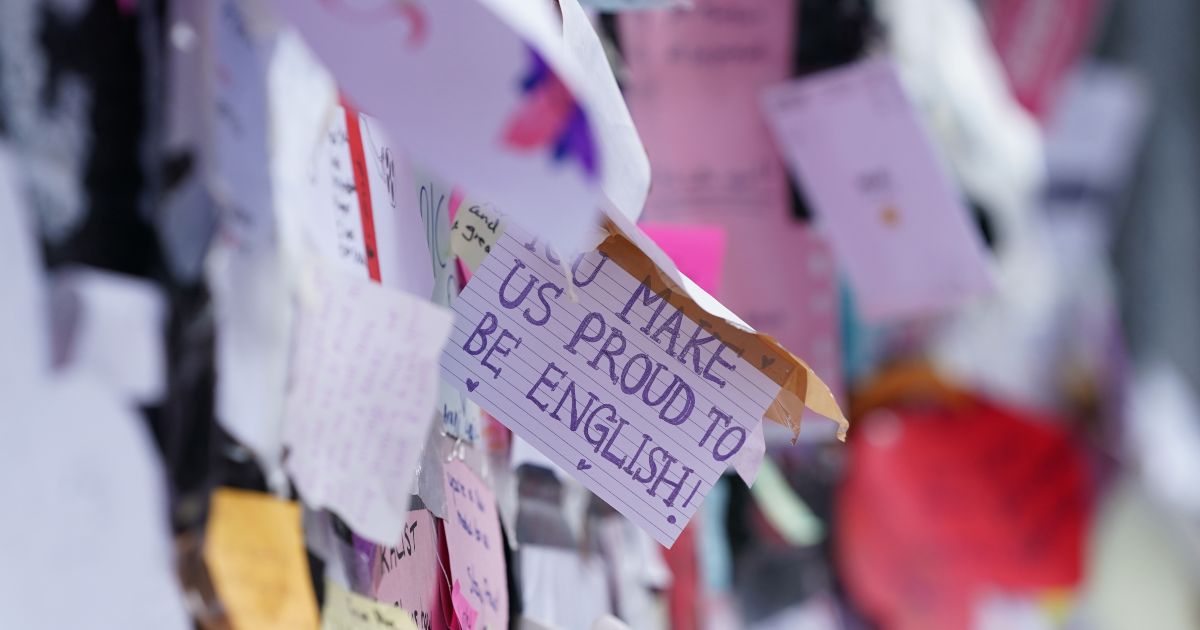 A virtual ‘Wall of Hope’ featuring the messages of support left at the mural depicting Manchester United and England striker Marcus Rashford has been created, with the originals being taken down for preservation.

Rashford, along with England team-mates Jadon Sancho and Bukayo Saka, were targeted for racist abuse on social media after their missed penalties in the Euro 2020 final shoot-out defeat to Italy earlier this month.

The mural in Withington in south Manchester was also defaced, prompting a huge outpouring of support for Rashford, who as well as being admired for his football skills has received plaudits for his work in tackling child food poverty.

BT’s Hope United campaign has worked with Withington Walls, which commissioned the Rashford mural, to create the virtual ‘Wall of Hope’, as well as a new ‘Hope Beats Hate’ mural at nearby Kingsway Football Club.

Rashford said: “At one of my lowest points, the outpouring of support around this mural really lifted me and I’m truly grateful for that.

“It reinforced my belief in the strength of community and the endless pictures being shared of visits left me feeling really overwhelmed.

“I wanted to capture that feeling and bank it for more people to experience and am grateful to BT for enabling me to do that. These messages are not just mine. They belong to everyone. And I hope they can bring joy to many for months to come.”

BT Hope United has worked with @WithingtonWalls to launch a digital Wall of Hope, to showcase the messages of support left on the @MarcusRashford mural.

You can read the messages of Hope at https://t.co/eKruWh824h

Hope beats Hate, on and off the pitch. #HopeUnited pic.twitter.com/TSjtbuDOzK

Withington Walls founder Ed Wellard said: “The response to the vandalism of the Rashford mural has been incredible. What started with one small act of positivity, with those first hearts and messages of love and respect, inspired thousands more messages on the wall and online.

“Love drowned out the hate making us all feel more hopeful. This project is rooted in the community and it has been great to work with the Hope United to make a positive impact here in South Manchester, and keep spreading the love.”

The ‘Hope Beats Hate’ mural features a QR code which allows virtual access to the messages of support posted on the ‘Wall of Hope’.

The original physical messages will be taken down and stored at Manchester’s Central Library, the city council said. Stormy weather on Thursday damaged some of the messages but local officials were confident all could be preserved. Once the preservation process has been completed, they will be archived.

In the meantime, the virtual wall remains the only place to see them.