Home All The News Swiss boss hits out at Klopp, Liverpool over Shaqiri claims 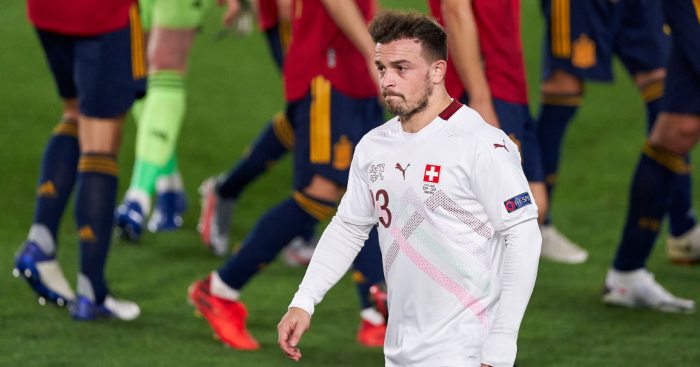 Shaqiri has only made two substitute appearances in the Premier League this season, with his two start coming in the League Cup and Champions League.

The arrival of Takumi Minamino in January coupled with the summer signing of Diogo Jota from Wolves has seen Shaqiri slip right down the pecking order at Anfield.

The 29-year-old sustained a muscle injury in the middle of November with Klopp claiming he picked it up on international duty.

Klopp said at the time: “How I know it, Shaq had a little muscle injury with the national team which he didn’t really realise and then he trained with us.

“We gave him a day off then he came back and was involved in a session, but it was not fully involved, he just did a little bit.

“After that he felt a little bit and then we made a scan and they found out it was an injury from five or six days ago.

However, Petkovic denies that take on events and has criticised Klopp and Liverpool for their handling of the situation.

“He didn’t injure himself with us, he trained normally with us when the Ukraine game was cancelled,” Petkovic told Blick (via Sport Witness).

“He hadn’t felt anything with us, but only during training at Liverpool.

“If you’ve had a lot of injuries, you also have a lot of scars, and the muscle is no longer as elastic as it used to be.

“He works extremely hard on it. I firmly believe that he can bring a lot to Liverpool.

“I would have found it more suitable if the club had reported to the Nati doctor. Instead of expressing yourself publicly.”