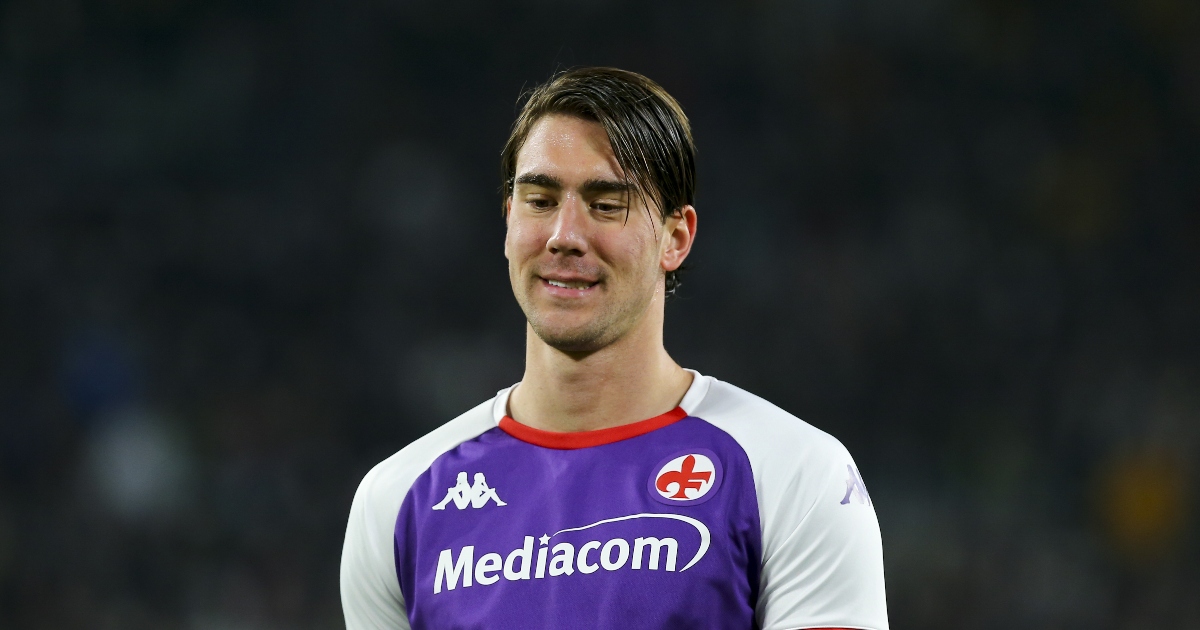 Arsenal have hit a stumbling block in their attempt to sign Fiorentina striker Dusan Vlahovic, as the player’s agent will not answer their calls, according to reports.

The Gunners are reportedly prepared to meet the Viola’s €80million asking price and have been in contact with the club over a transfer.

Juventus are very interested in signing the Serbia international but are unlikely to meet their domestic rival’s valuation.

According to Sky Italy journalist Gianluca Di Marzio, Arsenal have failed to get in touch with Vlahovic’s entourage, despite their positive negotiations with Fiorentina.

The report adds that the Serie A club are happy to sell the 21-year-old in the winter transfer window, however, he is expected to remain in Florence until June as an ‘adequate offer’ is unlikely to be placed in January.

Similar to the situation the north Londoners found themselves in last summer in regards to Manuel Locatelli, Vlahovic will likely hold out for a move to Juventus, or a Champions League side.

And the Old Lady have already drawn up a ‘contingency plan’ should they not land the young striker.

The players in question are Manchester United’s Anthony Martial and his compatriot, Alexandre Lacazette of Arsenal.

Benfica’s Darwin Nunez, PSG poacher Mauro Icardi, Sassuolo’s Gianluca Scamacca and Lorenzo Lucca – who plays for Serie B side Pisa – round off the Juve shortlist.

Elsewhere, Mikel Arteta has opened the door to Arsene Wenger’s return to Arsenal, claiming it would be a “huge boost” for the club.

“I think he set a different tone at the club and there are things that are still there,” Arteta told Sky Sports News.

“I would like to recover a lot of things that he did and I would like him to be more present at the club.

“I think the players would love him, they will benefit, they will be inspired to have him around and I think for the club it would be a huge boost.”