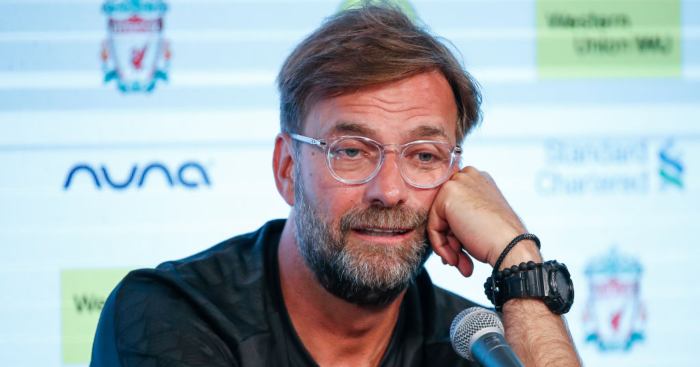 Tony Cascarino reckons Liverpool could still sign a couple of players before the transfer deadline despite manager Jurgen Klopp playing down any business.

Youngsters Sepp van den Berg and Harvey Elliott have been the only arrivals at Anfield this summer with neither likely to challenge for a place in the Reds starting XI.

Liverpool splashed out on the likes of Alisson and Fabinho last summer and Klopp has insisted there is unlikely to be any big outlays this window.

However, Cascarino still thinks they could pull a rabbit or two out of the hat if the right deals become available before the deadline a week on Thursday.

“As much as Liverpool are very, very quiet, I still think they will make a signing or maybe two,” Cascarino told talkSPORT.

“I don’t think they will go through this whole window with not really bringing in any players.

“Okay, they have some exciting youngsters coming through such as [Rhian] Brewster. But Liverpool will get through it because there squads getting better and bigger.

“As we get to the final day, there are clubs waiting in the wings. Sometimes out of nowhere people become available.

“The vultures that these clubs are, once they see a move that’s possible because Liverpool standards are very high.

“Where they are now, they are competing for really good footballers. They might make a steal on someone.”