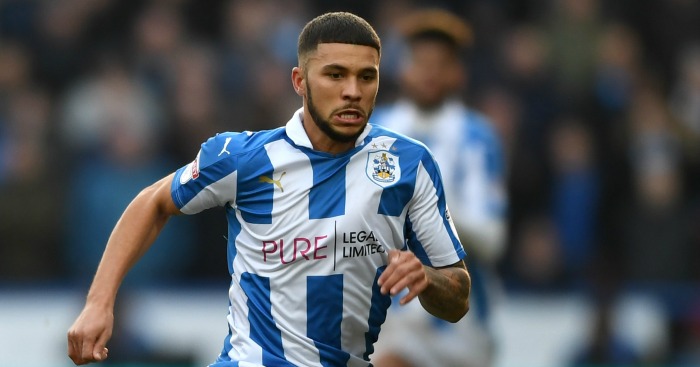 Huddersfield will entertain offers for Nahki Wells because manager David Wagner is satisfied with his other attacking options.

Wells, 27, scored 10 times in the Championship last season as the Terriers were promoted via the play-offs, but the additions of Steve Mounie, Tom Ince and Laurent Depoitre over the summer have seen him slip down the pecking order.

An ankle injury that required surgery is keeping Wells out at the minute and Wagner confirmed a striker that has scored 38 Championship goals over the past three seasons may have played his final game for the club.

“First of all, I’m very happy that his small surgery was very successful,” Wagner said.

“I’m very happy that my medical department gave me the answer that he will be back in four-to-six weeks so this means he is back nearly after the international break.

“The scenario is that we have high quality in our offensive line. This means I’m still open to speak if there are any serious offers for him.

“Is he on the market? Yes, he is. Will he move? I don’t know. The window is open so we will see what happens.

“Nahki is totally aware about his situation, I had an honest conversation with him regarding his future at the football club, what my thoughts are, what the club’s thoughts are, now we will see which serious offers will come on the table then we have to decide.”

Huddersfield have won each of their opening two Premier League fixtures following promotion and Wagner confirmed he anticipates rotating his team for Rotherham’s visit in the Carabao Cup on Wednesday.

However, with the carrot at the end of the competition being a trip to Wembley, where Wagner and his team enjoyed such joy in the Championship play-off final only three months ago, the German is aiming to have a deep cup run.

“I like cup competitions and I love Wembley,” Wagner said.

“For me, this is a competition where you try to be as successful as you can.”