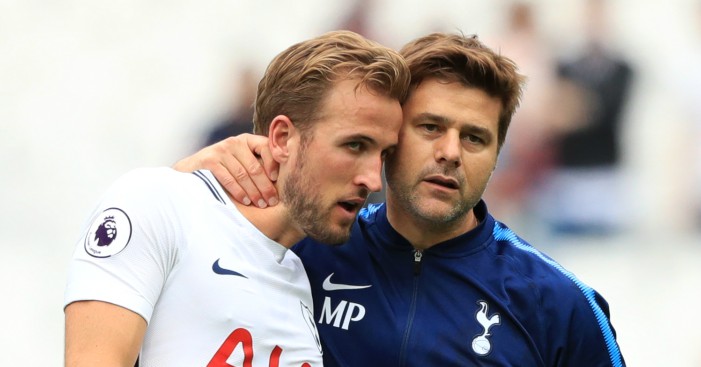 Kane has scored 11 goals in his last seven matches for club and country and has been compared to the world’s best strikers following his midweek Champions League hat-trick against Apoel Nicosia.

Wagner, though, warned Tottenham are not a one-man team as the Terriers bid to extend their unbeaten Premier League home record.

“Maybe he’s ill,” the German told a press conference when asked how he hopes to subdue the England striker.

“Nobody knows. I have no individual plan to stop the individual players of Tottenham. We have to be focused on every individual and we will find our solutions.

“One aim we have is to make sure we can pull them down to our level on Saturday and hope we can neutralise their offensive players, even if we know it’s a very tough task.”

Kane’s treble against Apoel on Tuesday night was his first in the Champions League and ninth for Tottenham.

“You give him space, he has a chance and he usually takes it. So this means give him no chances, give him no space and then hopefully he’s not able to be successful.

“But they have so many qualities all over the park. This is why I think, we are aware of him, but we are not only focused on him.”

Wagner will choose from an unchanged squad following last week’s goalless draw at Burnley as club-record signing Steve Mounie is still struggling with a foot injury.

The Terriers currently lie eighth in the table after losing only one of their first six matches, but Wagner accepts Tottenham represent their biggest challenge yet.

“This is the first time we meet an opponent of this quality, it’s the next step,” he said.

“But this group so far has taken every step as well as they could and now we are looking to see if we can take the next one.”

Huddersfield face Tottenham, Manchester United and Liverpool in three of their next four Premier League matches, but Wagner is undaunted.

He said: “It’s time to have a smile on our faces and give them a game. It’s great to have these fixtures.”

He also called on Terriers fans to play their part as Wagner’s side aim to halt Tottenham’s six-game winning run on the road in all competitions, which extends back to last season.

“If we have one small advantage against Tottenham, it’s our home crowd,” Wagner added.

“We have to play this card from the first whistle. Then we will take this energy and it helps massively for our style of football. I am sure we will have an extraordinary atmosphere.”