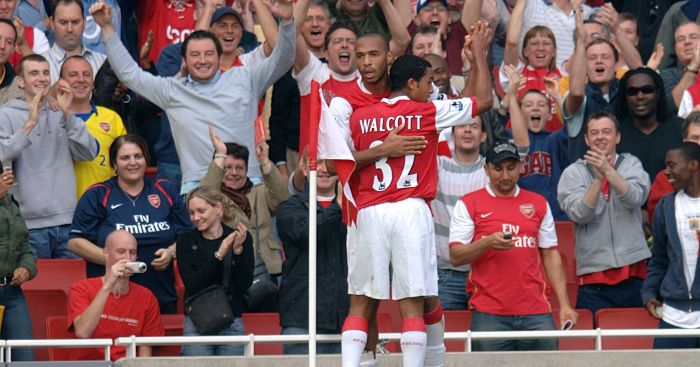 Henry scored 226 goals in 370 appearances in all competitions for Arsenal, while Van Persie bagged 132 in 278 matches in his time in north London.

But current Saints player Walcott thinks former Netherlands international Van Persie was actually the better finisher out of the two.

Walcott told talkSPORT: “I spoke to someone about this the other day actually, and debated a couple, bit it would have to be Robin (van Persie).

“For me, Robin Van Persie was the best finisher I’ve ever seen, genuinely better than Thierry Henry, better than anyone I’ve seen because he genuinely made it look so easy.

“That was the way he was, genuinely that few seasons where he was really going for that Golden Boot and he would go for it, and he was an absolute dream to play with, that left-foot was incredible, and I don’t think there’s ever going to be a player like him ever again.”