Home All The News Walcott celebration ‘motivated by Arsenal disrespect’ 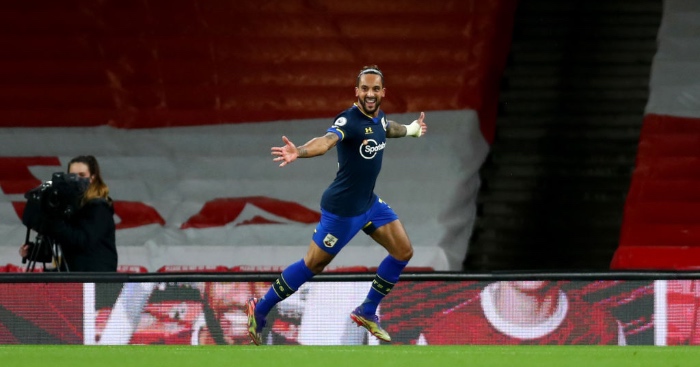 Theo Walcott’s decision to celebrate his goal against Arsenal on Wednesday was motivated by a lack of respect shown to him by Arsenal, according to Gabriel Agbonlahor.

Walcott has been in fine form since his return to boyhood club Southampton and scored the goal as the Saints drew 1-1 with Arsenal on Wednesday.

READ MORE: The 52 players yet to make a Premier League bench

Speaking about his decision to celebrate the opener, Walcott said: “Scoring a goal, no matter who you play, is one of the best feelings and I scored many goals here.

“But playing for Southampton is a massive thing for me so to score a goal, why not? Why wouldn’t I celebrate?”

But Agbonlahor believes Walcott’s celebration was fueled by a lack of respect from Arsenal and the fans.

“I was speaking about this earlier, Arsenal fans did not give Walcott a lot of respect during his last few years at the club,” he told talkSPORT.

“Every time he got injured or put in a poor performance they would be on his back, harsh. That is really what made him leave the club.

“For me, as well, the send-off, he didn’t get a good send-off from the club.

He continued: “He would start in that team for Arsenal, he really would, and before that game, he would have said to himself: ‘I am scoring tonight!'”