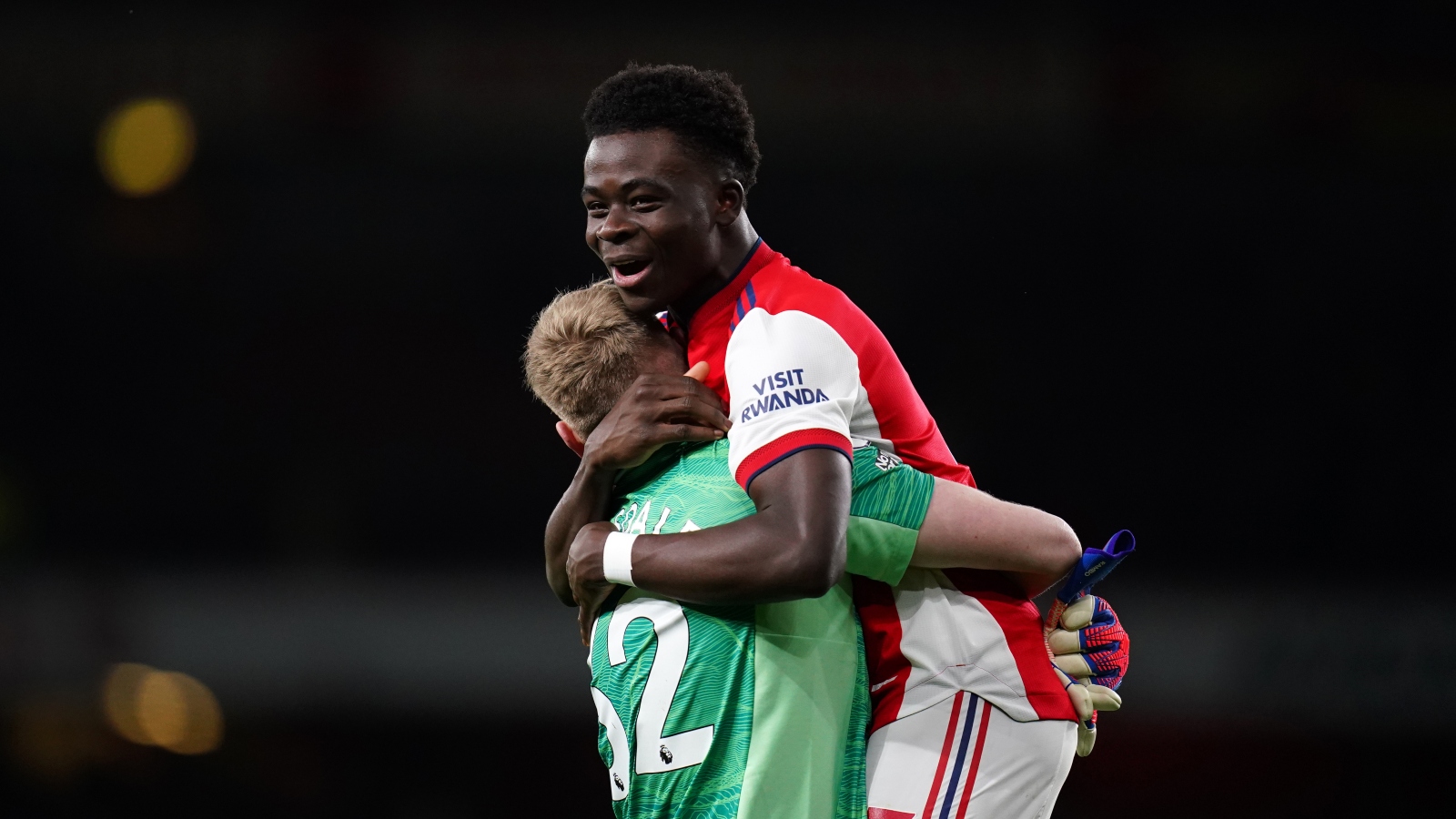 Theo Walcott has urged Bukayo Saka to ignore reported interest from Manchester City and stay at Arsenal this season.

It was reported on Tuesday that City have ‘stepped up their interest’ in Saka, with the Gunners struggling to tie the England international down to a new deal.

The 20-year-old has two years remaining on his current deal at the Emirates and could have his head turned by City, after Arsenal failed to qualify for the Champions League.

But Walcott has explained why Saka should remain at Arsenal, insisting he is a “massive part” of Mikel Arteta’s plans for the future.

Walcott told talkSPORT: “Well, there is obviously a transitional stage at Arsenal, that Mikel is part of, and Saka is massively part of it as well.

“The younger crop of players at Arsenal coming through, I feel as though the club need to keep hold of him, simple as that.

“Obviously, when Manchester City coming knocking on the door, it is such a hard thing for any player really to turn down.

“He is very young, but I feel that he likes the area of London in Arsenal, the fans have been fantastic, and at the Emirates, which is one of the best stadiums I have ever played in.

“He has great support, and I will be intrigued. My heart says he will be at Arsenal next season, and we will see after that.

“He needs to understand that the playing opportunities will be limited at Manchester City. He will, of course, be more likely to win things, but it is not saying Arsenal won’t win things.

“I think they are in that phase, they are slowly starting to get there. They would have taken fifth at the start of the season, given how it went.

“I am hopeful he will be at Arsenal next season, I am pretty sure of that.”

Ally McCoist is also in favour of Saka staying at Arsenal ahead of the new campaign, warning the youngster he is unlikely to get regular minutes if he joins Pep Guardiola’s side.

“You would think he would be guaranteed to play at Arsenal every week, where as, he would be going from a big fish in small pond to a small fish in a big pond if he went to City,” McCoist said.

“The rotation system they have every week, he would not always be playing, at Arsenal he is one of the big chiefs.

“He would have more chance of winning tings at City, but that is not to say Arsenal won’t win anything, it is certainly not the case.

“The offer would turn most young boys heads, of course it would.”