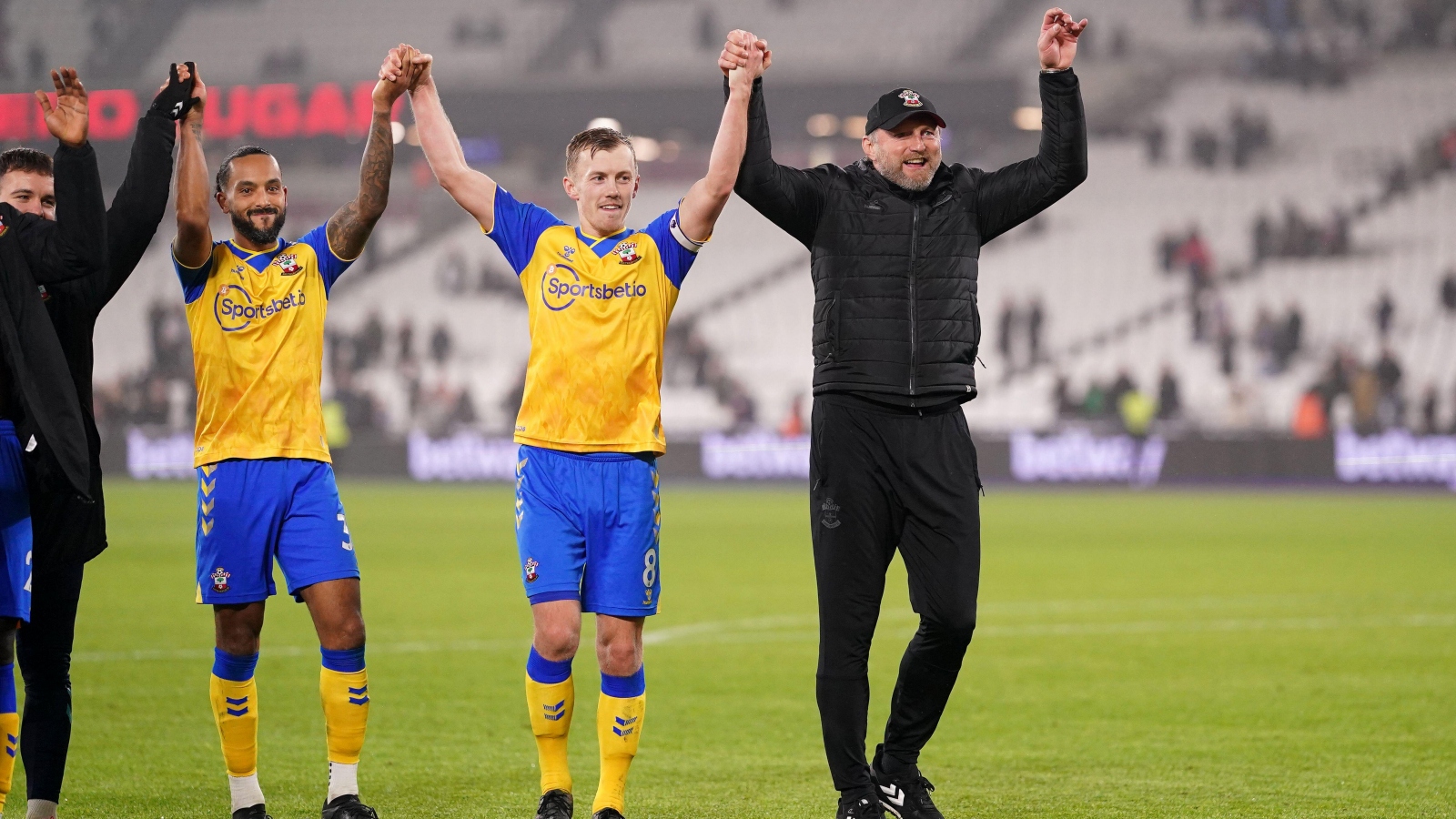 Theo Walcott has labelled James Ward-Prowse as “underrated” as his Southampton teammate prepares for England’s match against Germany on Tuesday.

The Saints skipper has been linked with a move away from his boyhood club with Manchester United rumoured to be interested.

Happy Hammers? No optimism at West Ham amid fears over relegation battle…

He was his side’s player of the year for the second campaign in a row after he scored ten Premier League goals.

Ward-Prowse has seven England caps to his name but was left out of last summer’s Euro 2020 squad.

The 27-year-old is in the Three Lions’ squad for the current international break, however, with Gareth Southgate’s side facing Germany in Munich on Tuesday evening.

His Saints teammate, Walcott, has insisted that Ward-Prowse is “underrated”, noting that his free-kick ability “overshadows” the rest of his game.

Speaking on talkSPORT, Walcott said (quotes via Hampshire Live): “There’s players on the bench that won’t want to sit there and be bench warmers. I look at, for example, one of my teammates in James Ward-Prowse.

“For me, it’s not just his free-kicks that everyone needs to come away from, he can contribute so much more in that team.

“And as well, of course, if you can have those free-kicks in competitions than it’s always fine margins these games come down to. I feel like he could be a big factor [against Germany], if he plays.”

Walcott continued: “I do think he’s underrated a little bit. Because of his free-kicks I think it overshadows what he does in the 90 minutes.

“And he plays so many games consecutively and consistently at a high level as well. In the Premier League, which is not easy.

“I’ve seen it consistently in training and he doesn’t overwhelm himself in free-kicks, it’s the way he prepares and it’s so similar to a matchday.

“His levels are very high and he always wants to be in that England team, he doesn’t want to be on that bench. So I’m very intrigued and I always like to see how he gets on.

“I will definitely be watching and hopefully if we have a free-kick, I’ll be expecting it to go in.”