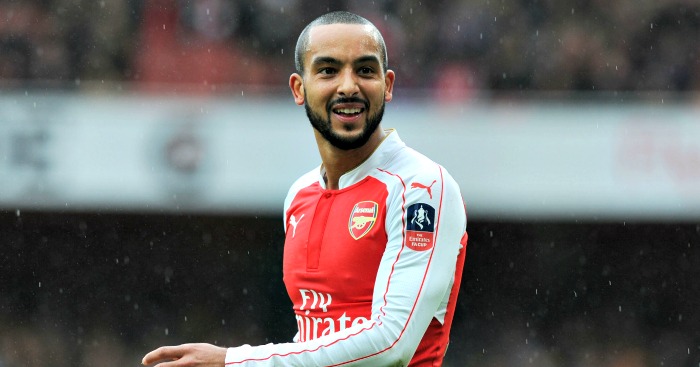 Theo Walcott says that he wants to be known as a winger again, in a bid to ensure first-team football at Arsenal.

Walcott only started 15 Premier League games last season, and returned his lowest league goals total since 2009/10. He was also not selected for Euro 2016 by Roy Hodgson, and faces a fight for his international future.

Given Arsenal’s public pursuit of a new striker and lack of options on the right wing – is Alex Oxlade-Chamberlain one? – Walcott has chosen to switch his allegiance back to the wing in order to try and cement a first-team place. The Sun label it an ’embarrassing U-turn’.

“I have been here 10 years,’ Walcott told the Daily Mail. “There is always competition for places. It doesn’t matter what club you are at. I always believe that I can get back to where I want to be. I’m sure if I keep working hard then I will get there.

“I know I can do a job up front, as well as on the right. I want to make my position on the right – that’s where I know where I am now.”

It is only 11 months since Walcott was singing from the rooftops about playing as a central striker:

“I have always said to the manager that I can always play in a three-man forward line so it is a good option for him,” he said in September 2015.

“At the moment he believes I can do it up front and the more I play up front, the more the players will see the runs I make and what I do on the pitch as well.

“I will be judged on the goals I score. You can play the best game in the world but if you don’t score it doesn’t mean anything. But I’m very confident I can do a job up front.”