Home All The News Walcott on Everton: Next season can be pretty special 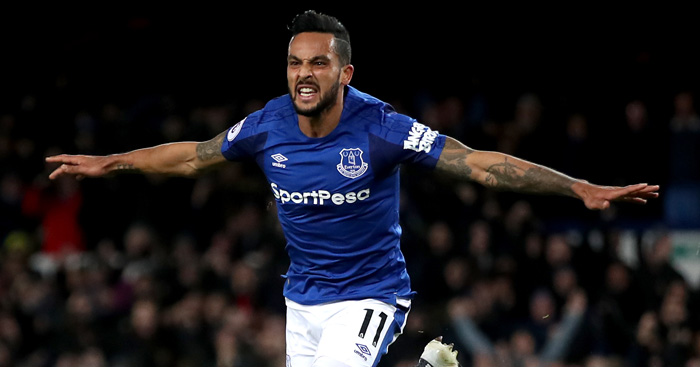 Everton winger Theo Walcott may not not scored the goals he hoped for after arriving in January but he is happy to be contributing in other ways.

The 29-year-old was the third highest scoring English player last season with 19 but the goals dried up in the first half of the campaign when he struggled for game time with Arsenal and managed just four.

He announced his arrival at Goodison Park with both goals in the 2-1 win over Leicester on his second appearance but since then has not found the target in six matches.

After a poor run the Toffees appear to be back on track after successive wins against Brighton and Stoke, and Walcott is optimistic a strong finish can set them up for a better time next term.

“I will always be judged on goals but if the team is winning and I am contributing in different ways I will be happy with that,” he told evertontv.

“Of course, I want to score goals as well but it is about the three points in the end and it was about a team performance (against Stoke) and grinding out a result.

“I have only played a handful of games and settled in quickly, which I am pleased with.

“We have a lot of interesting games coming and, hopefully, we can push on. If we can have a good end to the season, then next season can be pretty special, I believe.”

Everton now have a target man in £27million January signing Cenk Tosun, who has scored four in his last thee games and that has changed Walcott’s focus slightly.

“Without a doubt, when you have a big man up front and you put it into an area and he attacks it, that is all you want as a winger,” he added.

“That is all I want and what he (Tosun) is going to want. The manager has always told me to deliver a good ball into the area when I can.

“I put in a few good ones at Stoke and Cenk showed his class. We see it every day in training. It always takes time to get used to the Premier League and a different culture and to get to know your team-mates.

“But he has settled in really well. He is a great finisher and a great man, as well. I am really pleased for him.”