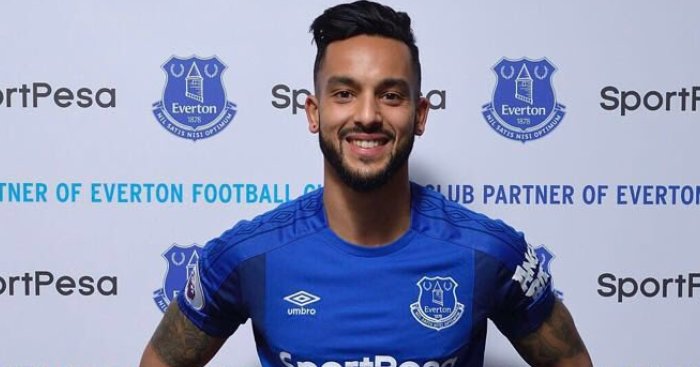 Winger Theo Walcott says he quit Arsenal to join Everton because he wants to win trophies.

The 28-year-old forward, who won two FA Cups with Arsenal, on Wednesday evening completed his switch from the Gunners to Goodison on a three-and-a-half-year contract.

“I’ve come to Everton because I want the club to push to the next level,” Walcott said on his new club’s website.

“I’m very excited to be starting a new chapter and I felt this was the right place for me to be. The manager is very ambitious and I feel like the club is going in the right direction.

“Everton is a club with a great history. The fans are always passionate, they’re great and I always used to find it very tough playing here.

“The club has won trophies but I want them to win trophies now. The manager is very hungry and it’s just what I need. I’ve had a couple of chats with him and straightaway I felt that hunger and that desire that he wanted from me. I need that and I wanted that.

“I’m dead excited and I just want to do what I do best which is playing football and expressing myself because I’m excited again, I really am.”

The move brings to an end Walcott’s 12-year spell at Arsenal, for whom he scored 108 goals in 397 appearances.

Arsenal said in a statement: “We all thank Theo for his contribution to the club and wish him well for the future.”

Walcott joined Arsenal from Southampton for an intial £5million in January 2006 aged just 16.

He was famously called up for England’s 2006 World Cup squad before he had even made his Gunners debut, but did not make a single appearance at the tournament in Germany.

Walcott has, however, gone on to make 47 appearances for the Three Lions, scoring eight goals.

His Arsenal debut came in August as a substitute against Aston Villa, and he scored his first goal for the club in the 2007 League Cup final defeat by Chelsea.

Walcott has won two FA Cup winners medals, scoring the opening goal in the 2015 final in the 4-0 win over Aston Villa .

Yet to appear at a World Cup finals, Walcott will be hoping the switch to Goodison Park can resurrect his hopes of featuring at Russia 2018.

Allardyce had already strengthened his forward line this month with the purchase of £28million Beskitas striker Cenk Tosun.