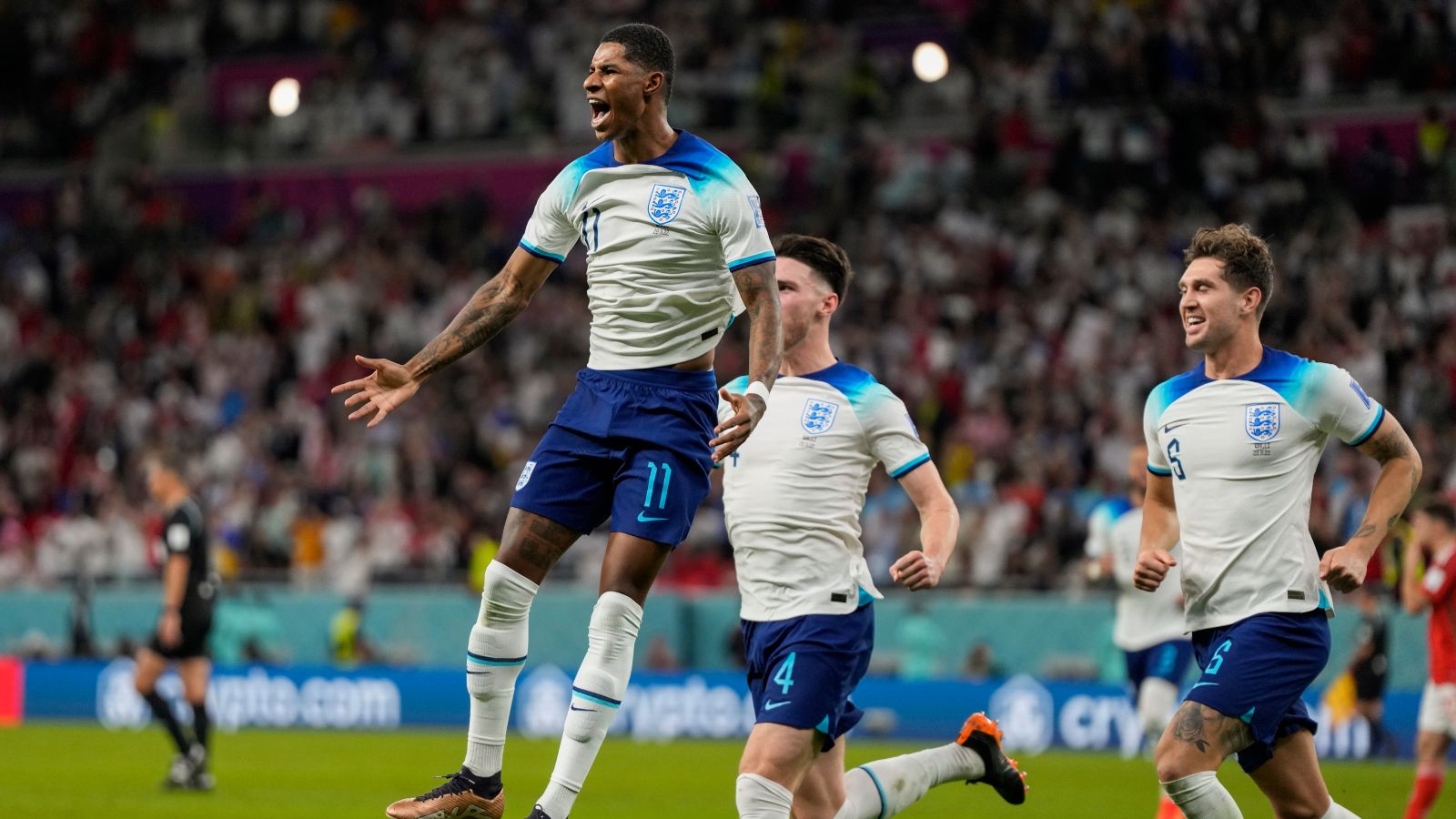 Marcus Rashford and Phil Foden got on the scoresheet for England against Wales as Gareth Southgate’s side secured top spot in their World Cup group.

England only needed to avoid a four-goal defeat to go through while Wales’ hopes were hanging by a thread.

This was the rival’s first meeting at a World Cup and Gareth Southgate’s side were dominant as Foden scored either side of Rashford’s two goals.

The reward is a last-16 meeting with Senegal on Sunday, by which point Robert Page’s side will have long since left Qatar after their first appearance on the world stage in 64 years ended in frustration.

Wales’ draw with the United States and heart-breaking late loss to Iran meant they faced an uphill battle against their neighbours, who controlled a lifeless first half without creating too many clear-cut chances.

Chesney Hawkes’ surprising half-time appearance was the most entertaining moment of the evening until the 50th minute, when Rashford stepped up to score a stupendous free-kick.

But it was not to be his one and only goal in Al Rayyan.

The 25-year-old, making his first England start since June 2021, left to a standing ovation when he was substituted late on.

READ MORE: Why England need to switch to 3-4-3 and how Qatar are not sportswashing but flexing