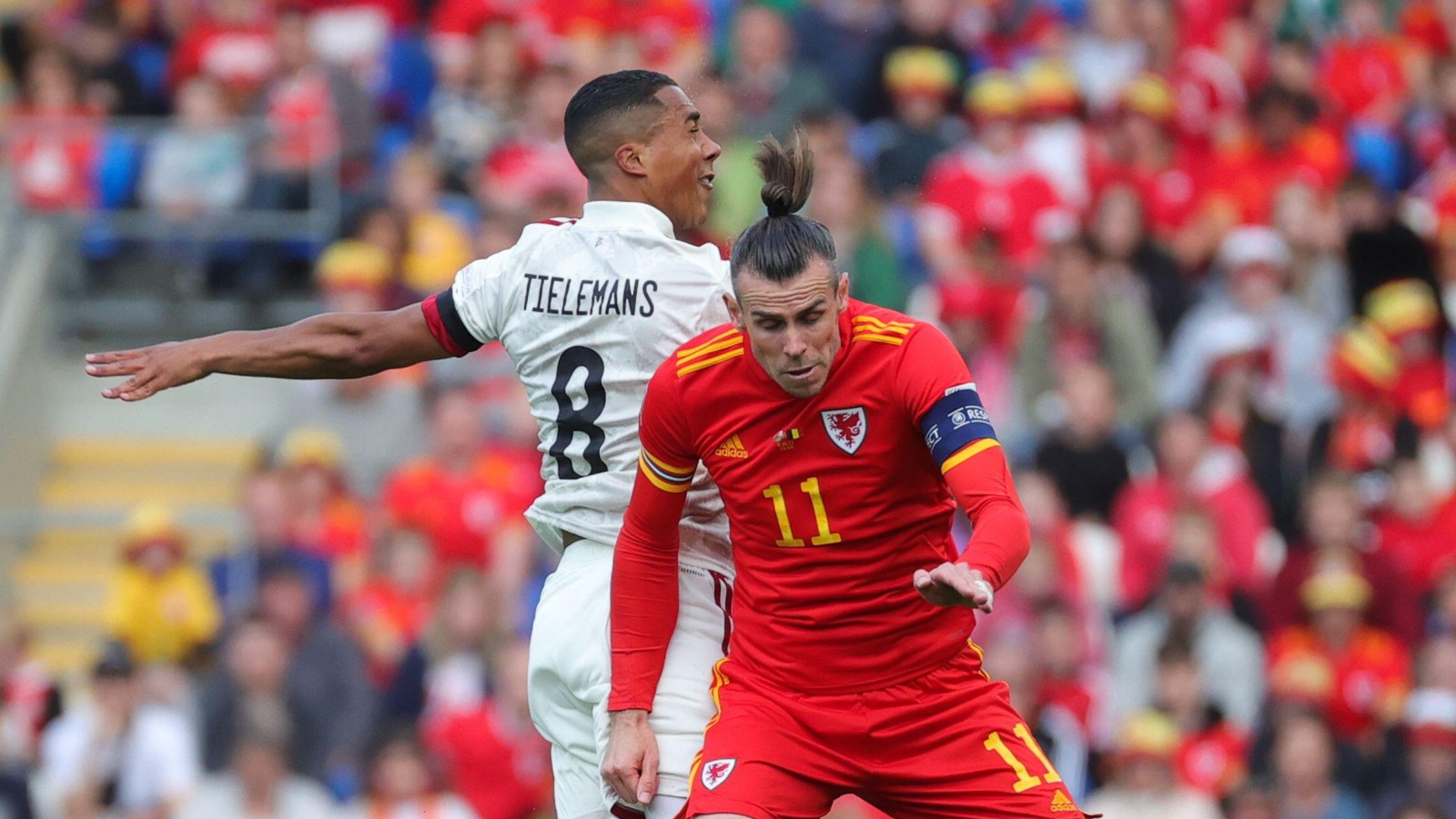 Youri Tielemans had put Belgium ahead after 51 minutes but, once again, this was a spirited and resilient performance from Wales against world-class opposition.

Wales, still on a high from World Cup qualification, will feel their Nations League performances have deserved far more, but they finally have some reward.

Robert Page’s side lost out to late goals against Poland and Holland, and VAR denied them inside five minutes against Belgium.

Ethan Ampadu crashed home a spectacular half-volley for what would have been his first Wales goal in 35 appearances.

But Ampadu’s joy turned to despair as video evidence showed Joe Rodon had just strayed offside in the build-up.

This was a case of familiar foes reunited with Wales and Belgium meeting for the eighth time in the last decade.

Honours were even with two wins apiece and three draws, and the two nations had met as recently as November in World Cup qualifying.

That game had finished 1-1 as Wales claimed the point that would secure crucial seeded status in the World Cup play-offs.

Boss Page had fielded a weakened team for the midweek visit of Holland that had brought Wales’ first home defeat for for three-and-a-half years.

But skipper Gareth Bale returned in a far more familiar line-up as Wales sought to put their first top-tier Nations League points on the board.

Ampadu and Allen were reunited in central midfield as the former was deployed further forward than he had been against Ukraine.

Belgium were without injured forwards Dries Mertens and Romelu Lukaku.

The Red Devils were buoyed by Wednesday’s 6-1 thrashing of Poland, a victory which saw them score for the 46th consecutive match.

Hennessey foiled Tielemans after Ampadu’s effort was disallowed, but Wales were playing at a tempo and with an intensity that was missing against Holland.

Youri Tielemans starting for Belgium in Cardiff tonight. He's played A LOT of football in the last few seasons: this is his 58th game of the campaign for club and country. Made 66 appearances last season (including Euros) and 49 the year before.

The lively Daniel James set up Bale for a snapshot that flew past the near post.

Harry Wilson and Williams then combined down the left for James to bring a straightforward save from Koen Casteels.

Connor Roberts headed over Allen’s cross but that was the final involvement for the Stoke midfielder.

Allen left the action clutching his right hamstring and was replaced by Aaron Ramsey.

Roberts was off target again moments later after some pinball in the Belgium box.

Belgium were dangerous when Tielemans and De Bruyne were given time and space on the ball, and that threat grew as half-time approached.

Trossard messed up in front of unguarded goal when Batshuayi’s shot deflected into his path, and Hennessey reacted well to save from De Bruyne.

Belgium’s improvement was rewarded six minutes after the break.

Trossard broke down the right and fed Batshuayi, who rolled the ball into Tielemans’ path.

The Leicester midfielder’s precise low finish from the edge of the area gave Hennessey little chance.

But Wales pushed to the final whistle and substitute Johnson, making his 12th international appearance, saw his shot deflected wide before raising the roof in a way he did so often at Nottingham Forest last season.