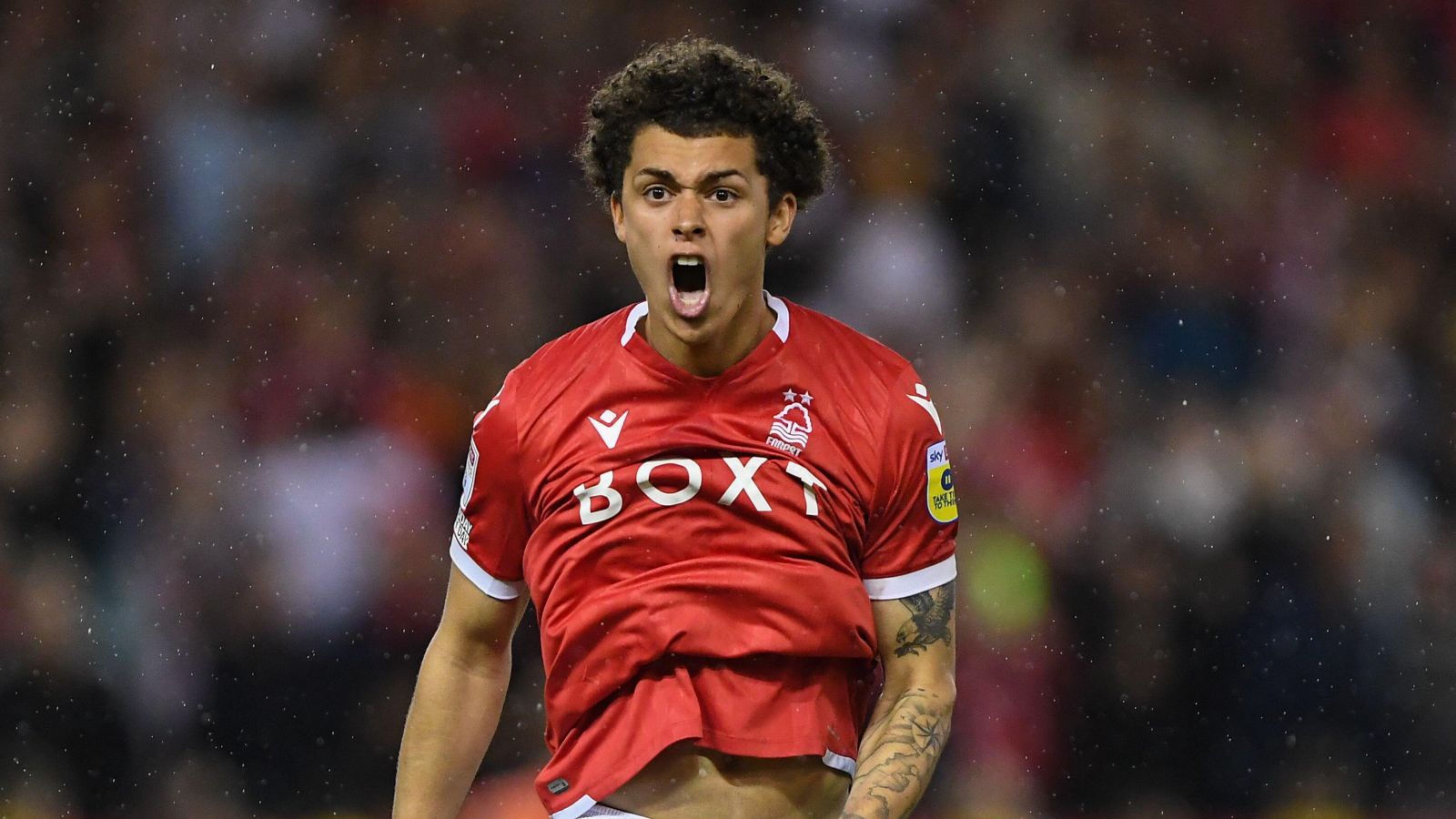 Johnson has enjoyed a breakout season this term. His Forest team face Huddersfield Town in the Championship play-off final on Sunday.

The Welshman has scored 19 goals this term and he won the league’s Young Player of the Season award.

The 21-year-old was the subject of a reported £18million bid from Brentford in January, but chose to stay at his hometown club for whom his father David played for between 2001 and 2006.

“He’s shown he’s got that potential and ability.

“I’ve seen it in him for a long time and it’s been great to watch his development.

“I think that the teams showing interest in him in January have lost out now.”

What a season he’s having. Happy 21st birthday to one of our own, Brennan Johnson 🥳💫 #NFFC pic.twitter.com/jNa6FAEkf5

Johnson has scored 14 of his 19 goals since the new year as Forest’s rise under Steve Cooper has gathered pace.

He was on target in both legs of the semi-final play-off victory over Sheffield United, and Page reserved special praise for his father-agent in his progress.

He said: “We all know his dad and it’s been great management from him as well.

“There was a lot of hype spoken about him in January and that hasn’t fazed him at all.

“He hasn’t crumbled under that pressure. He’s enjoyed it and he’s gone to another level again.

“He could have chased the money and quadrupled his wages, if not more.

“But it’s not about that for him, and it’s so refreshing to see young lads want to play and win trophies.

“All the rest will take care of itself, the money, nice houses and nice cars will come.

“He trusted in his ability, wanted to stay at the club that’s shown him love and suits how he plays.

“His development has taken off and he will get his move – and we will benefit from that as well.”

Wales start their Nations League campaign against Poland in Wroclaw on June 1, four days before playing Scotland or Ukraine in Cardiff.

Skipper Gareth Bale, Aaron Ramsey and Joe Allen are among those set to be stood down for the Poland clash.

Page said: “I’m going to use these Nations League games as a tool to give the Brennan Johnsons of the world an opportunity, expose them to top players and top teams.

“The Nations League is not the be-all and end-all. It’s about exposing the younger players to opposition like that.

“So in 12 months, or two years’ time, when we’re in an important game for the World Cup or the Euros, these players will have benefited from this experience and may be the one to score the winner to get us through.”