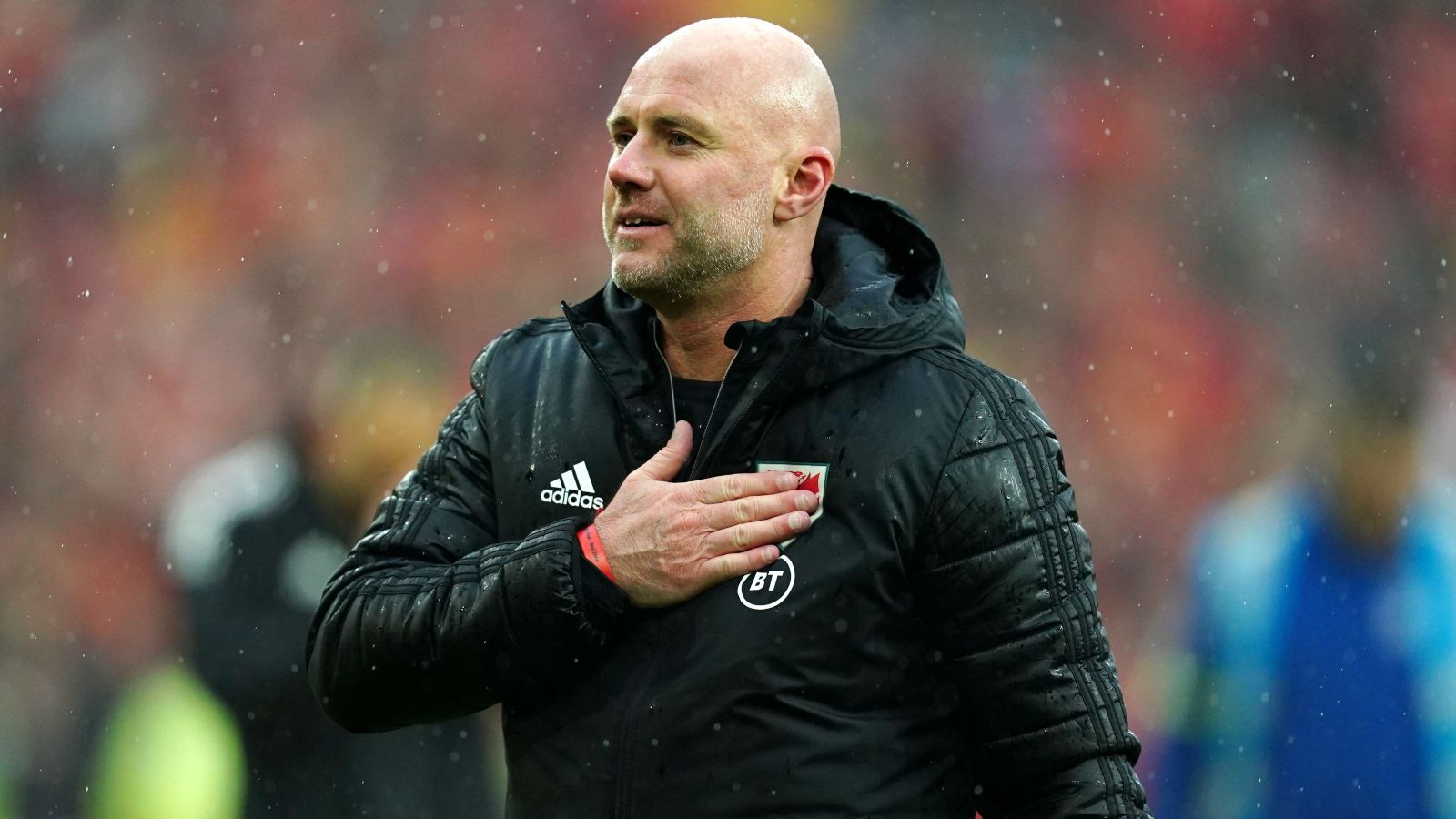 Wales manager Rob Page has insisted that his side will not be “fearful of anybody” at this winter’s World Cup in Qatar.

The Dragons beat Ukraine 1-0 on Sunday to book their place at this year’s World Cup. They are in Group B with England, the United States and Iran.

This is Wales’ first appearance at a World Cup since 1958. They reached the semi-finals of Euro 2016 so they showed that they can punch above their weight in major tournaments.

“We’ll show them the respect they deserve but we’re not fearful of anybody,” Wales manager Page told Sky Sports.

“We’ve got that confidence to go into any game.

“We know we’ve got big players that can hurt teams and win games of football.

“Looking at the group, they’re winnable games and anything can happen in a local derby, albeit in Qatar.”

Wales will start out against the United States on the first day of the tournament on November 21.

They will then play Iran on November 25 before meeting England four days later.

“We’ve played against the USA, we know they’re a really strong outfit,” said Page, whose Wales side drew 0-0 with them at Swansea in November 2020.

“We played against their European-based players. It was my first game in charge actually.

“We’ll go toe-to-toe with anybody. That’s the attitude we’ve got. Bring it on.”

World Cup qualification is set to boost the Football Association of Wales’ coffers by at least £10million.

ITV said its coverage of the World Cup play-off final peaked with 4.6 million viewers, with just under half-a-million of them in Wales, and the FAW expect a surge of interest at grassroots level.

Page also believes that qualifying for Qatar will take the profile of football to new levels in Wales.

“We’ve seen the tides turn slightly with regards to football and rugby,” Page said of Wales, who with its three million population is the smallest nation to qualify for the World Cup in November.

“When I was growing up in Tylorstown in the Rhondda, playing rugby was the thing to do, not football.

“But I think the tides have turned now and football has become our number one sport.

“We’ll always be known for rugby, of course we will, but this is massive. This is monumental what we have done in qualifying for a World Cup.

“People like Gareth Bale and Aaron Ramsey, those senior players, will absolutely go down in history.”

Reflecting on Wales’ achievement, Page added: “It’s one of those surreal moments when you wake up and think ‘We’re off to the World Cup’.

“Even at the final whistle last night I was thinking: ‘Is this a cruel dream I’m having’?

“But when you realise it’s reality, it’s such a proud moment for the nation. The only thing the senior players was missing off their CV was a World Cup and I’m so proud of helping them achieve that.”