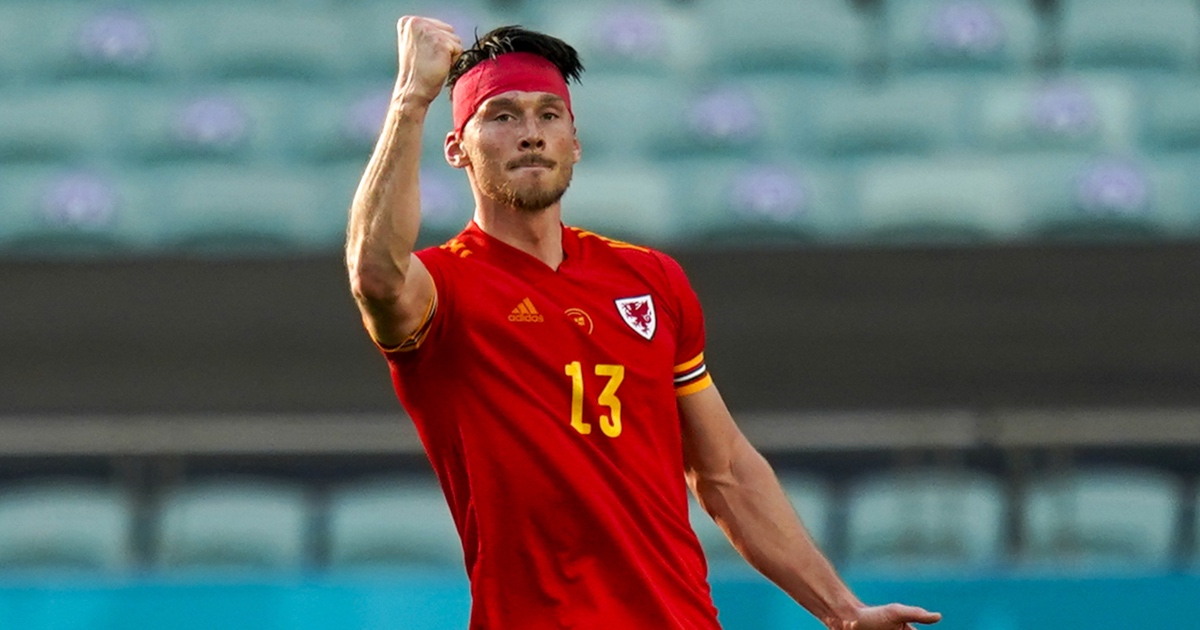 Kieffer Moore headed a superb equaliser as Wales opened their Euro 2020 campaign with a 1-1 draw against Switzerland at the Olympic Stadium in Baku.

Breel Embolo put Switzerland in front after 49 minutes, his close-range effort full reward for their superiority.

But Moore claimed his sixth international goal 16 minutes from time – and Wales were relieved when Mario Gavranovic’s late effort was disallowed for offside following a VAR check.

A point was more than Wales deserved for large parts of a contest in which they were often second best and key men Gareth Bale and Aaron Ramsey were kept quiet.

But Moore’s header will give Wales – semi-finalists at the last Euros five years ago – belief that they can progress from a competitive group.

The result will place greater emphasis on Wales’ next game against Turkey, who lost their opening Group A fixture 3-0 to Italy, in Baku on Wednesday.

Bale had not scored for 11 games going into the match – a run stretching back to October 2019.

But he had netted in his two previous appearances against Switzerland, with Ramsey also on target when the sides last met in a 2-0 Wales victory in 2011.

Ramsey had been declared fit to start after being troubled by injuries, but interim boss Robert Page decided not to play him as a false nine.

The Juventus midfielder had filled that role in the final warm-up friendly against Albania, but he lined up in a more familiar 4-2-3-1 formation, with Cardiff target man Moore leading the line.

Danny Ward got the nod over Wayne Hennessey in goal and the two Joes, Allen and Morrell, provided the midfield screen in front of the back four.

Switzerland, four places higher than Wales at 13 in the world rankings, were packed with experience, with six players in the starting line-up having 60 caps or more.

Vladimir Petkovic’s side also came into the tournament in good form, having won all five games played in 2021.

It was a cagey opening with temperatures touching 30 degrees.

Wales had the first chance after 15 minutes when Daniel James crossed from the left and Moore forced a superb one-handed save from Switzerland goalkeeper Yann Sommer.

Moore was injured moments later in an aerial clash with Kevin Mbabu, but he was able to continue after treatment and returned wearing a patriotic red head bandage.

Switzerland took control as the half wore on, with Ward saving smartly from Fabian Schar’s near-post flick.

Wales’ plan was to launch quick counter-attacks and utilise the pace of Bale and James, but too often they were careless in transition and moves broke down before they started.

James did break free on the half-hour mark, but the winger’s burst was ended by a cynical challenge from Schar.

Switzerland’s pressure grew as the half drew to a close and Haris Seferovic failed to find the target on three occasions when well placed inside the area.

The clearest opening came on the stroke of half-time when Embolo held off Chris Mepham and Wales were relieved to reach the interval level.

But parity did not last long, with the Wales defence breached just moments after Ward had denied Embolo with a superb stop.

Xherdan Shaqiri swung over the resulting corner and Embolo held off the challenge of Connor Roberts to send his header past a helpless Ward from six yards out.

Wales responded well to the setback, with Ben Davies’ drive deflected just over before Moore met Morrell’s cross with a sweet header.

Gavranovic thought he had restored Switzerland’s lead six minutes from time, but Wales were saved by a VAR check.

Ward came to their rescue again to push another Embolo effort over the bar and the point keeps Wales very much in the hunt for qualification for the round of 16.