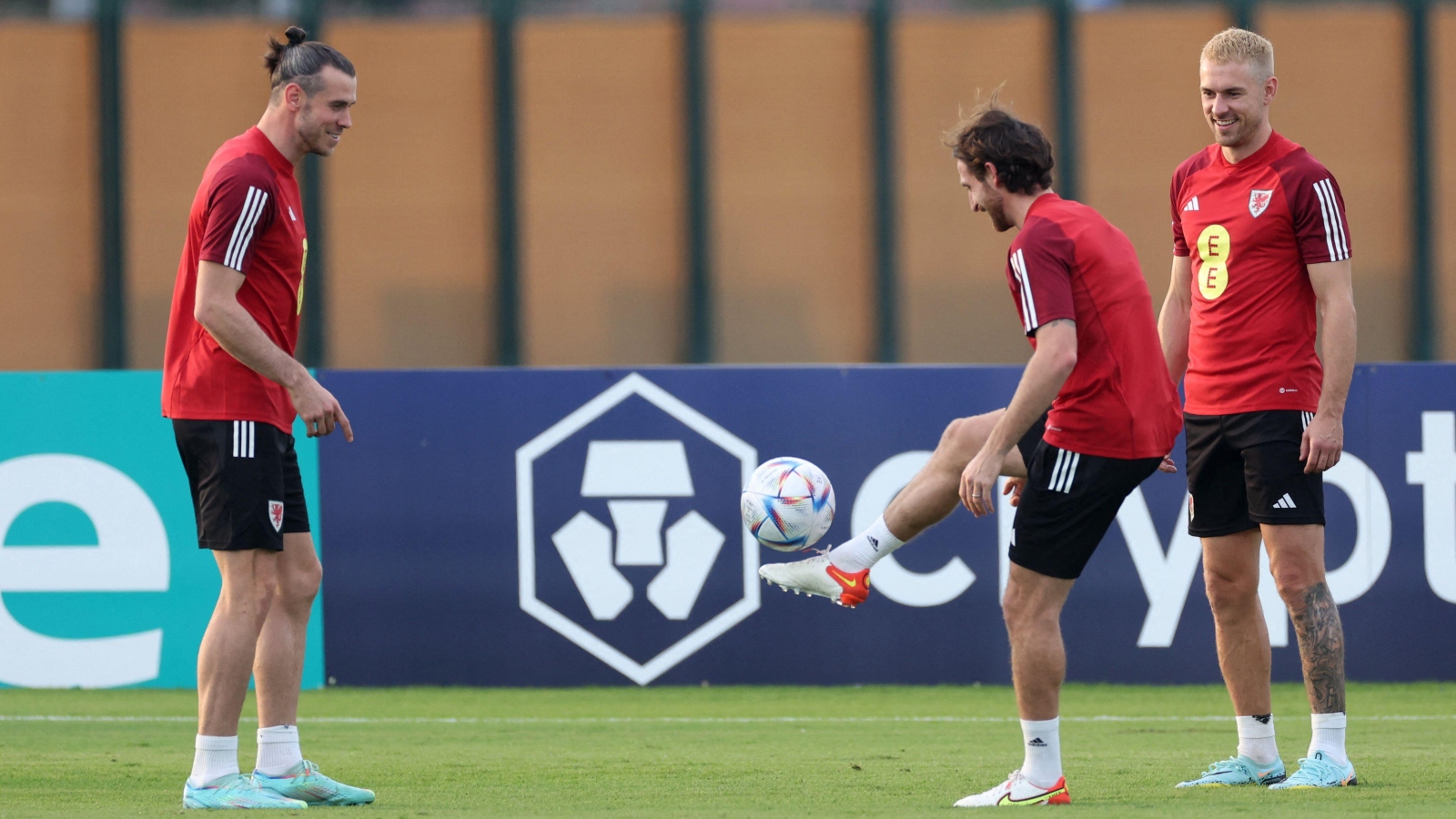 Wales veteran Joe Allen has defended Aaron Ramsey and Gareth Bale with the pair receiving criticism for their performances at the World Cup.

Skipper Bale and Ramsey have led Wales’ so-called ‘Golden Generation’ to dizzy heights over the past decade.

Wales have reached a first World Cup for 64 years on the back of qualification for two European Championships, the first of which saw them reach the semi-finals of Euro 2016.

But Bale, 33, and Ramsey, 31, have struggled to make an impact at Qatar 2022 and Wales are on the brink of a swift World Cup exit.

“They’re two incredible players, they are and they have been for our country,” Allen said ahead of Tuesday’s final group game against England in Doha.

“I don’t think there’s anyone else in the squad who’s reached the heights they’re capable of.

“It’s a huge game coming up, they’re big-game players and always have been.

“Hopefully, if any criticism has come their way then they’ll be able to answer a few of those critics with a top performance.”

Wales are clinging on to slim hopes of making the last 16 after picking up only one point from games against the United States and Iran.

Friday’s 2-0 defeat to Iran has left them needing to beat England, something they have not done for 38 years, and hope for a favourable result between Iran and the USA.

Any other result than a draw in that would see Wales eliminated, unless they were to beat England by a four-goal margin.

Allen said: “It (qualification) is not impossible, no. It’s a tough task.

“It’s always uncomfortable when it’s not in your hands and you’re relying on certain things to unfold.

“But while there’s still a chance it’s really simple for us.

“We’re fully motivated, fully incentivised into throwing absolutely everything into getting the win.

“Then, who knows? Hopefully, there’s a chance we can still get us out of this group.”

Swansea midfielder Allen returned from two months out with a hamstring injury to come on as a substitute against Iran and win his 73rd cap.

He said: “I’ve mixed feelings in terms of the pride of playing for my country in a World Cup, but a very disappointing performance and result. I’m good to go (against England).

“It’s not been a fair reflection of what we’re capable of.

“That’s been a real disappointment because we can offer so much more, and we will certainly have to do that in the next game.”

READ NOW: The cracks are starting to show at FIFA as the unthinkable nuclear option becomes clearer