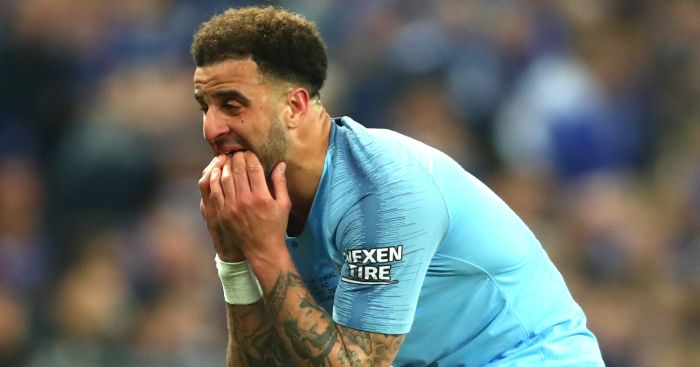 Kyle Walker and Eric Dier have been dropped from the England squad as Aaron Wan-Bissaka comes in for the matches against Bulgaria and Kosovo.

Tottenham midfielder Harry Winks was recalled and Liverpool’s Alex Oxlade-Chamberlain was also named in the squad for European Championship qualifiers against Bulgaria and Kosovo, despite making just two starts since suffering a serious knee injury in April 2018.

Southgate has brought Kieran Trippier back into the fold after omitting him from the Nations League squad and there is a maiden call-up for Wan-Bissaka, leaving World Cup semi-finalist Walker conspicuous by his absence from the 25-man squad.

Chelsea playmaker Mount and Leicester’s Maddison have both previously been part of the senior squad and have been included for the upcoming qualifiers.

Here it is: your #ThreeLions squad for the #EURO2020 qualifiers against Bulgaria and Kosovo!https://t.co/h7MScWmxEx