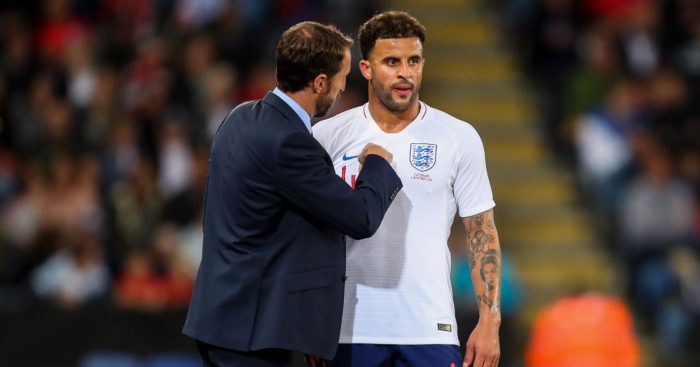 Kyle Walker has been assured that he is still Gareth Southgate’s number one choice at right-back for England, according to reports.

Having finished third in the inaugural Nations League this summer, the Three Lions’ attention returns to European Championship qualification with home matches against Bulgaria and Kosovo.

Southgate named an expanded 25-man squad for September’s Group A fixtures, with Alex Oxlade-Chamberlain and Harry Winks recalled as uncapped Mason Mount and James Maddison were brought into the squad.

Despite his omission from the squad, sources have told The Athletic that Southgate told Manchester City defender Walker earlier this week to ‘expect to be involved in future squads’.

The report adds that Southgate ‘still sees him as England’s best option in the months leading up to next summer’s tournament’.