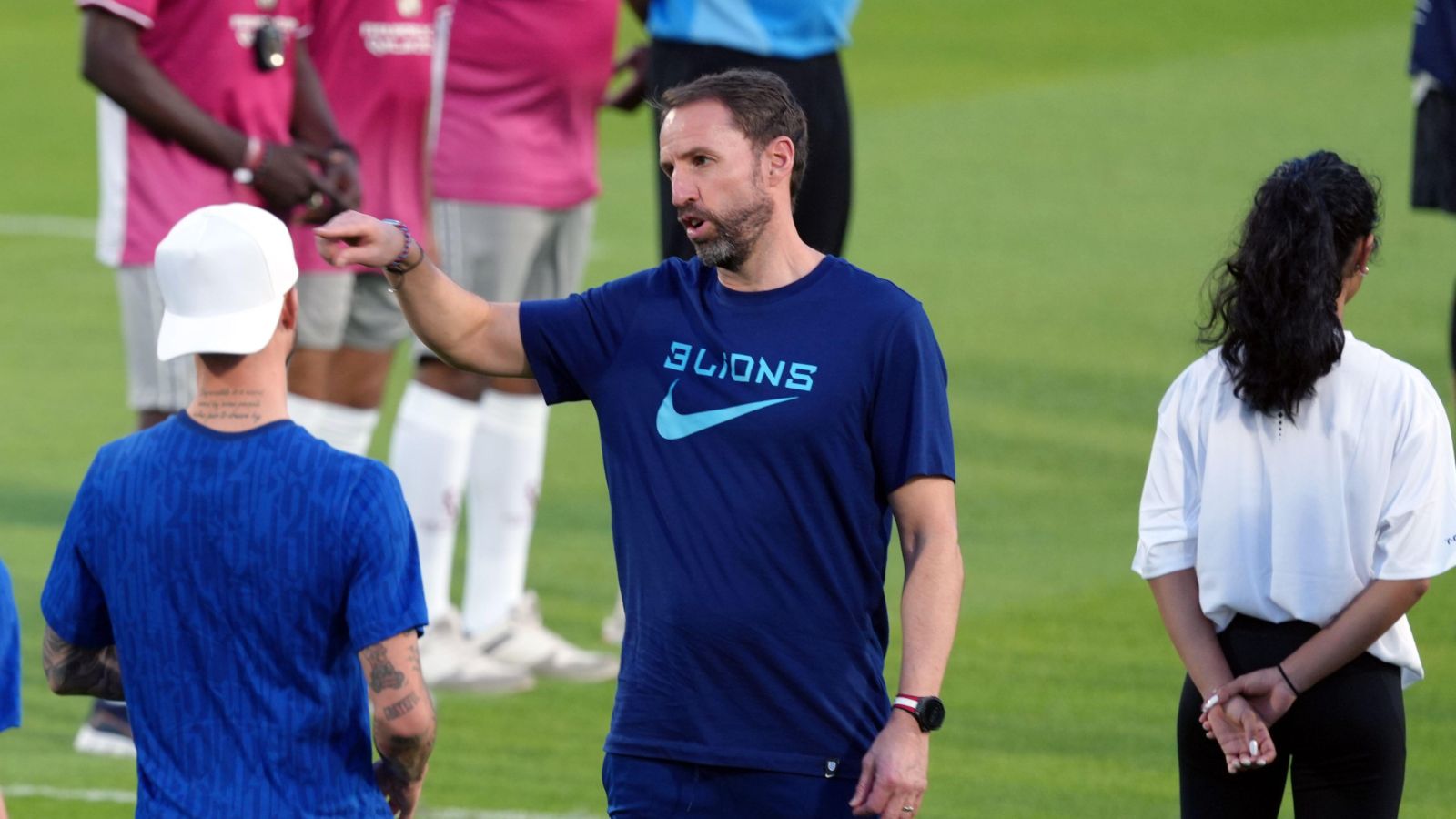 Kyle Walker and Jordan Henderson are expected to start for England against Wales on Tuesday as Gareth Southgate looks to “balance freshness with stability”.

Walker has returned to full fitness and will come back in to the starting XI, though it’s not clear whether that means England will play a back three or four in their final group game.

Henderson is also expected to come in, possibly at the expense of Jude Bellingham according to The Telegraph, who also claim Marcus Rashford, Phil Foden and Jack Grealish are pushing for a starting spot.

On the issue of resting players, Southgate said: “I’ve got to balance freshness with stability, so that’s always a decision you are making when you pick the team.

“We haven’t qualified yet. We are not in a scenario that we had when we played Belgium in Russia and we were qualified. It was a case of first or second. We didn’t really know what would be beneficial when we picked the team. And then we had two days of ‘why are we changing the team’ even though we had qualified.

“I’ve sort of worked out how all of this works. If we change it, we shouldn’t have. If we win it was justified, if we don’t it wasn’t. We just have to make the best decisions with the information we have and prepare the team in the best possible way.

“We want to play well. We want to win the group, we want to win football matches. There has to be a balance of freshness. Without a doubt the two games have taken a lot out of the players. But also stability. If you make lots of changes you can lose a bit of rhythm as well.”

READ MORE: Five England Clamours for the VITAL World Cup clash with Wales – and a bonus one for later

There has been widespread clamour for Foden to feature more, but Southgate is wary of the pressure on the young man’s shoulders.

“We have to be careful because we are putting a lot of pressure on him now,” Southgate said.

“We’re a team and we need all of the players and they can all play a part but not any one of them is the reason we will win or lose.

“We need to make sure we are not building Phil into as situation where actually if he steps on the pitch this is becoming really difficult for him because the level of expectation is beyond a young guy who is still establishing himself internationally, in a different environment from his club where you’re comfortable with all the players you play with, it’s really distinctive, you’re going home every night, you’re calm with everything else.

“This is still a unique environment. He is still a really young player and he’s doing brilliantly well and we love him to bits. We also have got to look after him a bit as well.”