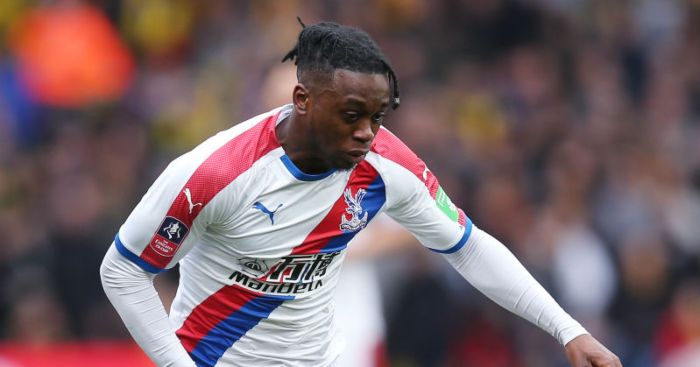 Manchester United have ‘reluctantly agreed’ to insert a sell-on clause into Aaron Wan-Bissaka’s record contract ‘to avoid embarrassment and save the deal’.

It was previously thought that United would officially unveil Wan-Bissaka as their second signing of the summer on Friday after numerous pictures of him emerged wearing the club’s kit, accompanied with a video of him and his entourage being given a tour of the Carrington training base.

There was much confusion when no announcement was made, with the transfer fee and personal terms seemingly agreed and the medical completed.

But the reason for the delay was revealed to be a series of late negotiations concerning a 10% sell-on clause.

David Ornstein of BBC Sport says it will only come into effect if Wan-Bissaka is sold for more than £50m in the future, but Palace will be satisfied after the initial deal contained no such clause.

Neil Custis of The Sun goes further, suggesting that the transfer ‘almost collapsed’ after Palace’s ‘late demand’, with United forced to agree ‘to avoid embarrassment and save the deal’.

The move ‘came close to being called off’ on Friday evening before United eventually backed down.

They managed to retain the 25% sell-on fee they negotiated over Wilfried Zaha when selling him in 2015, with Arsenal heavily interested in the winger.

Wan-Bissaka’s move is, for all intents and purposes, complete before United’s self-imposed deadline of July 1: the date Ole Gunnar Solskjaer’s squad returns for pre-season.